By Daniel Jones
From the October 2017 Issue 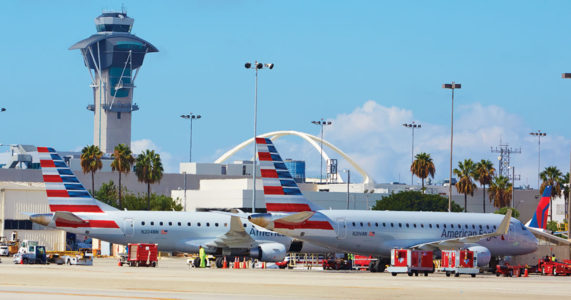 Ionization drives UV-C’s power to alter chemical bonds that causes lasting damage to DNA, ultimately killing the cell. Over time, the 253.7-nm germicidal wavelength from the UV-C lamps also reflects deep into the coils to eliminate the build-up that mechanical and chemical washing often misses. Once gone, biological growth will not re-form as long as the lamps are maintained.

Besides improving air quality, a benefit of UV-C is its ability to improve airflow, boost heat exchange efficiency, and reduce equipment maintenance needs. This is accomplished for an average equipment cost of less than $0.15 per cfm. In fact, the cost of the efficiency enhancing UV-C equipment is a fraction of the 10% to 35% potential reduction in energy and maintenance costs it offers. In a facility the size of LAX, that’s a potentially huge annual savings.

Yakel decided to test the technology on the odorous AHU at LAX. For the test case, he installed high-output DEF (Double-Ended Fixture) UV-C fixtures in a 14,000 CFM AHU. After one week of operation, the AHU yielded a 15% increase in airflow levels. The UV lamps were then retrofitted in more than 75 other air handlers across the facility.

Each of the airport’s terminals houses multiple air handlers, ranging from five in Terminal 1 to 30 units in Terminal 4. These AHUs range in cooling capacity from 10 to 40 tons; some of which have been in place for decades. According to James Edson of NUView Environmental, a distributor of the lamps, none of this posed a problem. That is because UV-C will work with any type of air handling equipment regardless of brand, capacity, or age; the science remains the same.

And, the plug-and-play wiring provided Yakel’s crew the capability to retrofit the DEF fixtures in-house, while new AHUs would be required to have UV-C already installed.

The UV-C fixtures have reduced maintenance costs and freed crews up for other tasks. With union positions earning an average $28 per hour, the typical eight hour physical air handler cleanings were each costing roughly $230 and needed to be performed on a quarterly basis. At nearly $900/year/AHU multiplied across 200 AHUs, the new technology could eventually save the airport upwards of $180,000 annually in maintenance costs.

Following the addition of the UV-C fixtures, the LAX maintenance crews still visually inspect the air handlers and coils, but they generally do not have to clean the cooling coils as often.

“I have personally inspected the drain pans and plenums of several units and have seen no mold growth,” states Yakel. “The lack of organic growth on the coils has also improved the heat-transfer efficiency and airflow levels, thereby reducing electrical consumption.” But Yakel sees these cost and time savings as fringe benefits. His main goal was to improve indoor air quality for the millions of people who use the airport each year, and that has been achieved. 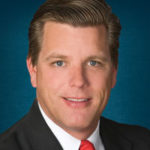 Jones is president and co-founder of UV Resources, a Santa Clarita, CA company involved in the education, design, engineering of ultraviolet-C equipment for commercial, healthcare, government, and residential HVACR applications. Jones is an ASHRAE Member and a corresponding member of the ASHRAE Technical Committee 2.9 and ASHRAE SPC-185.2, devoted to Ultraviolet Air and Surface Treatment.