By Anne Cosgrove
From the December 2017 Issue

The heating, ventilation, and air conditioning (HVAC) systems in a facility are central to the comfort and health of its occupants. Meanwhile, the prevalence of HVAC components throughout a building mean that how these systems operate has a significant impact on energy consumption, greenhouse gas emissions, and related issues important to facility management.

It’s safe to say that a good portion of facility executives’ attention are focused on HVAC—choosing equipment and technology, installing and maintaining these items for optimum operation, and evaluating how these are performing over time. Meanwhile, industry groups such as ASHRAE and others work to improve energy efficiency, sustainability, and occupant comfort and health. Following are two developments that facility management professionals will want to be aware of now and into 2018.

An element of HVAC systems that may seem “invisible” the majority of the time is the ductwork that connects and transports the conditioned air in buildings. There is an imminent change to green building standards that tightens regulatory guidelines for duct testing. The latest version of ASHRAE 189.1, the Standard for the Design of High-Performance Green Buildings, will expand duct testing requirements to include low pressure ducts as well as high pressure ducts. Proponents of this change say the update is intended to reflect the significant impact that duct leakage—even in low pressure ductwork—can have on energy use and overall building performance.

Standard 189.1 provides total building sustainability guidance for designing, building, and operating high-performance green buildings. From site location to energy use to recycling, this standard sets the foundation for green buildings by addressing site sustainability, water use efficiency, energy efficiency, indoor environmental quality, and the building’s impact on the atmosphere, materials and resources.

Standard 189.1 is a compliance option of the International Green Construction Code™ (IgCC).

According to Jeff Boldt, a voting member of the ASHRAE 189.1 committee and director of innovation and quality at IMEG Corp., the latest updates to ASHRAE 189.1 are finalized and have been incorporated into the standard where these are undergoing a final accuracy review before publication. A key update to that standard is the broadening of duct leakage testing to include ducts operating at 3-inch WG (water gauge), which is more inclusive than the current requirement of leakage testing for ducts operation at ≥4-inch WG.

“I spearheaded this update because of concerns that it is very rare to have ducts greater than 4-inch pressure class to be used today, while it was very common when the original requirement was to test the leakage of ducts greater than 3-inch WG pressure class. This resulted in much less leak testing today, while standard 189.1 is attempting to reduce energy use,” said Boldt.

The ASHRAE 189.1 committee and other stakeholders have reviewed evidence from several studies that indicate that, on average, lower-pressure 3-inch WG ducts leak as much as eight times more than 4-inch pressure class ducts. The implication is that this is because they have not been subject to leak testing. By broadening the requirements to include lower-pressure ducts, the ASHRAE committee hopes the new standard will have a positive impact on reducing average energy consumption of U.S. buildings.

“The industry has resisted testing because of the additional cost involved,” said Bob Reid, former chairman of ASHRAE Technical Committee 5.2 and chief engineer at SPOT (Spiral Pipe of Texas). “But in reality, building owners can either make a relatively small payment upfront to ensure their ducts are operating properly, or they can continue to pay higher operating costs throughout the life of the building. The 189.1 updates to duct testing will help ensure that today’s buildings are operating as efficiently and cost- effectively as possible.”

In a 2015 survey conducted by the Building Commissioning Association, 75% of engineers surveyed reported that leaky ducts are the source of substantial energy loss in U.S. buildings currently. Sixty-eight percent agreed that leakage rates of 15% or more are common.

There are innovations in duct sealing available to facility management teams and their HVAC service providers to meet the tightening standards. Neal Walsh, senior vice president of Aeroseal LLC, shared information about an aerosol-based duct sealing technology that seals leaks from inside the ductwork. “By sealing from the inside, the sealant can quickly access and seal leaks throughout even the most inaccessible duct systems,” said Walsh. “Low pressure or high pressure ducts—it doesn’t matter. Best of all, the computerized process allows the contractor to monitor results as the sealing procedure is taking place, so they know exactly how tight the ducts are even before they’re finished.”

A 2001 Oak Ridge National Laboratory study found that, compared with manual sealing methods, the aerosol-spray technology is 50% more effective at sealing duct leaks and can potentially reduce labor time and costs for duct sealing by 70%.

Related to another development on the horizon for HVAC systems, ASHRAE recently received a Partnership Award from the United Nations Environment Programme’s (UN Environment) Ozone Secretariat for its commitment and contribution to the progress and achievements of the Montreal Protocol on Substances that Deplete the Ozone Layer (which is marking its 30th anniversary).

The award was presented to ASHRAE at the 2017 Ozone Awards ceremony in November 2017 in Montreal. The Partnership Award recognizes the work of civil society and other international organizations that have played a critical role in the development of the Kigali Amendment and/or implementation of the Montreal Protocol.

“We could not be more pleased to have earned this recognition. Receiving the Partnership Award is a great honor and acknowledgment of the tireless work ASHRAE and our members are doing to support the phase-out activities of ozone-depleting substances around the world,” said 2017-2018 ASHRAE President Bjarne W. Olesen, Ph.D. “We are proud to be a part of this initiative and look forward to continuing our partnership with UN Environment as we work toward a more sustainable built environment.”

Commonly referred to as “the treaty that saved the ozone layer,” the Montreal Protocol, signed in 1987, is an international agreement designed to substantially reduce emissions of substances that deplete the stratospheric ozone layer. The Protocol led to the phaseout of more than 99% of nearly 100 ozone depleting chemicals and significantly contributed to climate change mitigation, according to UN Environment.

Most recently, ASHRAE and UN Environment launched a work plan titled, “Working Beyond High Global Warning Potential (GWP) Refrigerants.” It is the organizations’ fifth joint biennial work plan and is another tangible example of ASHRAE’s dedication to promote the Montreal Protocol by leading the way in research to identify effective refrigerant alternatives with low GWP. [For a more detailed overview of this topic, see Facility Executive, February 2017, “The HVAC Factor.”]

Another action ASHRAE has taken in this arena is collaboration with the Air-Conditioning, Heating, and Refrigeration Institute (AHRI) and the U.S. Department of Energy (DOE). Through a $5.2 million joint investment, the organizations are funding research to expedite findings and establish a more robust fact base about properties and use of flammable refrigerants, which will also help update international standards. 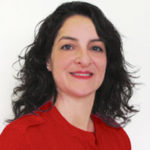 Cosgrove is Editor-in-Chief of Facility Executive magazine. For more about ASHRAE news and programs, visit www.ashrae.org.