For the second year in a row, Baltimore tops Orkin’s Top 50 Bed Bug Cities list. New York fell four spots, while Dallas-Fort Worth joined the top 10. San Diego and Albany rejoin the list, after falling out of the top 50 in 2017. New Orleans and Flint, MI join the list for the first time ever, while Orlando has fallen off the list.

The list is based on treatment data from the metro areas where Orkin performed the most bed bug treatments from December 1, 2016 – November 30, 2017. The ranking includes both residential and commercial treatments.

Bed Bugs On The Move

“The number of bed bug infestations in the United States is still rising,” said Dr. Tim Husen, an Orkin entomologist. “They continue to invade our homes and businesses on a regular basis because they are not seasonal pests, and only need blood to survive.”

Bed bugs are always in motion and travel from place to place with ease, including luggage, clothing and other belongings. In addition to single family homes, bed bugs can be found in apartments, hotels, hospitals and public places like daycare centers, public transit, schools and offices.

Bed bugs are capable of rapid population growth with an adult female laying two to five eggs per day (up to 500 in her lifetime), often making treatment challenging. Adult bed bugs are about the size of an apple seed and are typically reddish brown. Their small size and ability to hide make them difficult to see during the day, so it’s important to look for the black, ink-like stains they can leave behind.

According to a 2015 “Bugs without Borders Survey” by the National Pest Management Association, the top three places where pest professionals report finding bed bugs are apartments/condominiums (95 percent), single-family homes (93 percent), and hotels/motels (75 percent). 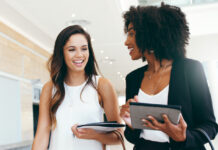 Building Condition Assessment: The Driving Force Behind A Capital Budget 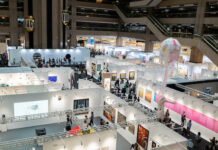