By David W. Karpook
From the February 2018 Issue

Consider this: “The most profound technologies are those that disappear. They weave themselves into the fabric of everyday life until they are indistinguishable from it.” This prescient quote from Mark Weiser, a Xerox PARC scientist who defined the concept of ubiquitous computing, looks toward a future that is now beginning to be realized. When Weiser made this statement in the 1990s, computers were not “location aware,” the concept of a “wearable” was the stuff of science fiction, and “mobile computing” was a clumsy upstart with an uncertain future. 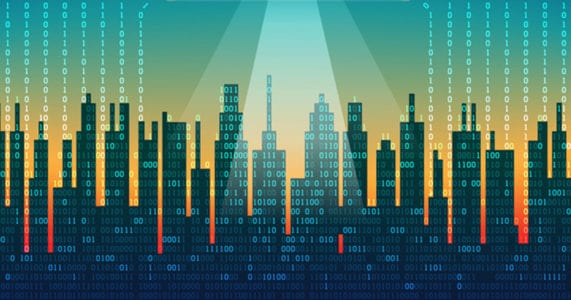 Weiser died tragically in 1999, at the age of 46, before Google Maps, before the FitBit, before the iPhone changed the way we work, play, and live. As he predicted, those innovations have become part of the background of our existence. We take them for granted, using them intuitively and really thinking about them only when they aren’t working as expected. And as he predicted, the background has become the place where the really interesting things are happening.

Today we speak and our technology listens and understands. Siri, Alexa, and Google Now, while still relatively limited in their capabilities, are giving us a glimpse of a world in which, as the IT analyst group Gartner Inc., puts it, “The technology will learn to interact with us, not the other way around.”

This emerging field is called Ambient Intelligence. In the built environment, these ideas can be labeled Ambient Facility Management (or Ambient FM). Although still in its infancy, it allows us to speak to machines that can interpret our words and take actions in response. It allows tiny sensors, subtly placed in our surroundings, to take note of our movements and our actions, learn our preferences, and predict our desires. It allows us to stay continuously connected, to the world of technology and to each other, as we move from home to car to office to shopping mall, without taking conscious measures to do so. These new, highly connected environments make it seem as if the setting for our lives—buildings, city streets, parks, among others—have gained the ability to listen, sense our presence, and anticipate our wishes. They seem to be becoming more human, and we interact accordingly. I regularly have arguments with the voice-activated navigation system in my car when she (it has a female voice) misinterprets my directives.

Ambient technologies have taken roles in our lives in ways subtle enough that we aren’t necessarily aware of the extent. Business leaders often talk about “digital disruption,” but the adoption of ambient intelligence seems the opposite of disruptive. We welcome it because it works and it makes things easier for us. Gartner research regularly points out that the notion of “computer literacy” as a necessary skillset may be disappearing as technology becomes literate in the ways of humanity.

How does ambient intelligence happen? A cluster of technologies is enabling the move toward ambient FM. Among the most important…

Zero UI (user interface), the replacement of a computer-screen-and-keyboard combination with machines that respond to voice, touch, movement, and biometrics (e.g, fingerprint and retina recognition).

Artificial intelligence, the emergence of computer systems that can perform tasks that a human would generally do, such as reading documents, data analysis, decision-making, and language translation.

Machine learning, the ability of computerized devices to build skills and improve performance of various tasks without being explicitly programmed to do so. (See “How Buildings Learn”)

Edge computing, which improves responsiveness and turnaround time by moving processing from a “centralized” processing center (most likely in the cloud) to smaller processing centers close to where the information is being created or delivered.

There are many others, of course. What these share is the mission to take some of the burden of computing off of humans. For example, in a highly functional mesh network, we would not have to reconnect our devices to new networks as we travel; our presence and, more importantly, the presence of the devices, would be detected by a network as we move into range and would be authorized automatically based on either preconfigured authentication or authentication on a previous network. With mobile phones set to recognize our home and work networks, and to use cell networks while we travel between, we get something akin to that today. The concept of a connectivity “dead zone” is rapidly disappearing.

Other aspects of the ambient seem more simply to eliminate hassles. Some of us may find it easier to speak instructions to our computers than to fish them out of our pockets. Others would value smart furnishings that adjust height and support to accommodate a new occupant whose preferences are known to a building’s “knowledge base.” I personally appreciate the technology that turns on the lights in my apartment, saving me from fumbling in the dark for a lamp switch.

Despite obvious conveniences afforded by ambient intelligence, I often find, when I speak about its potential in the workplace, that people react fearfully. They listen to me talk about video meetings in driverless cars, or about a robot serving us coffee, having already learned how and when we like it, and they respond as if I am suggesting technology will be in control of every aspect of our lives. Others understand that we don’t lose a lot by having a drone pick up and deliver our mail, or by having a chair adjust itself before we sit down. And the seconds or minutes saved by having technology take over mundane tasks (do we really like or gain anything in setting up our identities on WiFi networks?) may free us up to be more human.

Information security is a reasonable concern in a world of ubiquitous, ambient computing. Most of us freely type our credit card and Social Security numbers into web interfaces today; we are horrified when that data is accessed by bad guys, but we don’t stop doing it. Does ambience make it any worse? I would suggest that even if it does, the information security industry is burgeoning, and new models of security, generally focusing on rapid response rather than prevention, are doing a decent job of keeping up with threats.

What about the job market? One of the many pleasures I found in the movie “Hidden Figures” was learning that in the early 1960s, the word “computer” was used at NASA to describe a person rather than an electronic device. The disruption caused by the introduction of a mainframe electronic computer is a key plot point in this story of a group of women who built careers performing mathematical calculations to enable the early space program. These women were early recipients of a message that many of us have heard over the years: Computers are learning how to do what we do, and may one day replace us, in the workforce, at least.

That has happened in factories, certainly, and will continue in many industries. In construction and building operations, the use of robots to perform dangerous tasks—on rooftops and in high-voltage cages, for example—will likely be common within the next few years. Gartner analysts point out that few jobs revolve around a single automatable skill, so the direct impact of artificial intelligence and other technologies that contribute to ambient FM may be minimal.

Brookings Institution, the Washington, DC think tank, has suggested that while the number of manufacturing and agricultural jobs will decline due to automation, we will see a surge in jobs in fields such as healthcare, professional services, and data analysis. (“What happens if robots take the jobs? The impact of emerging technologies on employment and public policy,” Darrell M. West, October 2015.)

If we are willing to make the effort to evaluate and accept or reject, we can move with a fair level of confidence into a new world where room temperature and lighting levels have been set to our liking; refreshments are delivered according to our desires; machines diagnose their problems and order repairs; and office supplies are never more than a voice command away. That’s part of the promise of Ambient FM, and it is rapidly becoming reality. 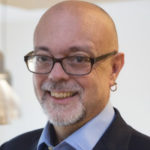 Karpook is strategic business consultant for Planon Corporation, a provider of technology solutions for facility management and real estate. A 25-year industry veteran, he has been a customer, vendor, system implementer, trainer, and strategist, managing workplace technology projects around the world. He is past chairman of IFMA’s Real Estate Advisory & Leadership community, and has been a member of the IFMA Information Technology community. Additional experience includes seven years as facility manager and construction project manager at the University of Florida.