Nestlé Waters North America has announced that its Cabazon and Los Angeles, CA factories have received certification against the Alliance for Water Stewardship (AWS) Standard, with the Cabazon facility achieving an AWS Gold certification — the first facility in North America to do so. With the certification of these factories in Cabazon and Los Angeles, all five of the company’s California factories are now certified to the AWS Standard, a priority outlined by the company late last year. California was selected as the first location for AWS water certification efforts because of the shared water challenges in the state.

“We are extremely proud of our Cabazon factory for becoming the first and only facility in North America to achieve AWS Gold certification, and to now have all five of our California facilities certified to the most rigorous global water stewardship standard in the world — this is an exceptional validation of our commitment to water and community stewardship,” said Nelson Switzer, chief sustainability officer at Nestlé Waters North America. “We are committed to playing our part here in California, and wherever we operate, in protecting our shared water resources.”

Supported by industry leaders and environmental conservation groups such as The Nature Conservancy and World Wildlife Fund (WWF), the AWS Standard is the first comprehensive global standard for measuring responsible water stewardship, not just in terms of environmental criteria, but also social and economic dimensions.

As part of the AWS certification process, auditors look at a number of factors within the groundwater basins where facilities are located, such as water quality, the availability of existing water sources, and the health of water-related areas, such as marshes, in the region. In addition, a number of internal and external community stakeholders are identified and interviewed by AWS auditors.

Cabazon’s AWS Gold certification is reflective of the facility’s meeting of advanced-level criteria, including the site’s positive contribution to the local groundwater system, best practice of the site’s water balance, best practice of the site’s water quality, and implementation of a water education program, among others. As with all AWS certification processes, stakeholder engagement was also an essential part of Cabazon’s evaluation. To achieve this advanced certification, a consensus of stakeholders had to affirm the positive contributions that the Cabazon factory has made on water balance and the quality of the catchment.

As part of Nestlé Waters’ efforts to improve the water efficiency of their operations, the company has implemented a number of conservation techniques and initiatives in their factories over the years, including reverse osmosis to better filter and reuse wastewater, advanced water mapping to more carefully manage the flow of water in and out of the plants, and xeriscaping to reduce supplemental irrigation on the grounds of each factory. Recent auditing, as part of the AWS certification process, of the company’s five California factories revealed a combined savings of more than 54 million gallons of water between 2016 and 2017.

“These recent certifications in California further prove that it is possible for sustainable freshwater use to be socially, environmentally, and economically responsible,” said Matt Howard, director for AWS North America. “The AWS Standard is applicable to sites around the world, and we hope that this achievement in California continues the positive worldwide trend towards water stewardship that reflects the needs and values of all water users.” (In the April 2017 issue of Facility Executive, Howard co-wrote with AWS program manager, Dylan Waldhuetter, an article providing an overview of AWS as it applies to commercial facilities.)

In addition to the Nestlé Waters facilities in California, the company also announced today the certification of its bottling facility in Hope, British Columbia — the first facility in Canada to achieve AWS certification.

“The AWS journey started for us more than two years ago, and now, to have all five of our facilities in California certified and one in Hope, BC — the first in Canada — is a real milestone. I hope it will inspire others to adopt the AWS Standard and drive deeper the principles and practices of water stewardship and sustainability into their business practices,” says Switzer. 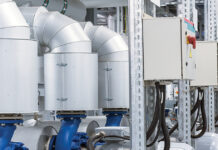 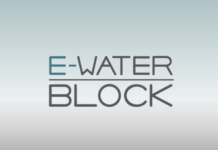 [VIDEO] E-WATERBLOCK Is Ready To Protect Your Environment 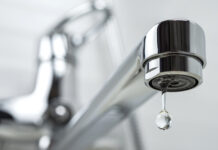