On March 14, 2018, the Building Owners and Managers Association (BOMA) International testified before Congress on the importance of making permanent and modernizing the Energy Efficient Commercial Building Tax Deduction (commonly referred to as 179D after its U.S. Internal Revenue Code section number). The U.S. House of Representatives Ways and Means Subcommittee on Tax Policy is considering the treatment of expired tax provisions that were left unaddressed after the passage of the 2017 Tax Cuts and Jobs Act. President and chief operating officer of BOMA International, Henry H. Chamberlain, APR, FASAE, CAE, spoke on behalf of BOMA International during a hearing before this subcommittee. 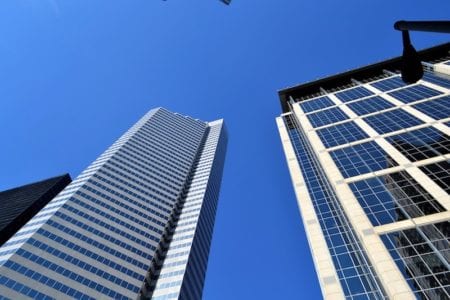 Chamberlain explained the importance of 179D as the sole federal energy efficiency incentive for commercial buildings to Chairman Vern Buchanan (R-Fla.) and members of the subcommittee. First enacted in 2005, 179D has offered commercial building owners up to $1.80 per square foot to offset some of the costs for major energy efficient improvements made to heating, ventilation, and air conditioning (HVAC) systems; the building envelope; and lighting upgrades that exceed ASHRAE Standard 90.1 by 50%. A partial deduction of $.60 per square foot also has been available for retrofits of individual building systems.

“By providing a financial incentive, the tax deduction helps real estate owners, who might not otherwise have the necessary capital, make the decision to design, retrofit and operate energy-efficient structures,” said Chamberlain during the testimony. “179D promotes private sector solutions to improve energy efficiency and modernize the built environment,” which is particularly important for older building stock.

179D had been extended on a short-term basis or retroactively a number of times before being allowed to expire at the end of 2017. Chamberlain described this treatment of the provision as a significant barrier for commercial building owners in fully utilizing this deduction. “The recent short-term or retroactive extensions don’t account for real estate’s planning horizons, which are generally three to five years for a capital investment,” he explained. Making 179D permanent would give building owners the confidence and certainty they need to plan for major energy efficiency improvements and retrofits.

Chamberlain’s testimony urged Congress not only to make permanent the 179D provision, but also to consider important reforms to help the incentive drive further energy efficiency in commercial real estate. These include a revision of the language to expand the pool of owners eligible for the incentive and increase the deduction from $1.80 per square foot to $3.00 in order to encourage even more ambitious retrofits. Chamberlain cited a recent study commissioned by BOMA International, in collaboration with other real estate industry groups and with support from a grant from Yardi, which found that long-term extension and modification of 179D would create as many as 77,000 jobs and add $7.4 billion annually to the U.S. gross domestic product.

Have you utilized the Energy Efficient Commercial Building Tax Deduction (179D) since its inception in 2005? Would you pursue the deduction if it is extended and/or made permanent? Share your thoughts, experiences, or questions in the Comments section below.