Smart Cities Council, the sector’s largest coalition, announced this week the winners of its 2018 Readiness Challenge Grants. The grant recipients are: Birmingham, AL; Cary, NC; Las Vegas, NV; Louisville/Jefferson County, KY; and the Commonwealth of Virginia, and these entities will receive mentoring as well as tailored products and services to accelerate their smart city initiatives. 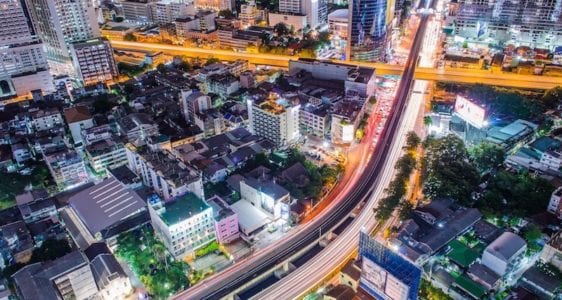 “We’re so pleased to see the strides cities have made since we launched the Challenge last year,” said Jennifer James, global director of the Smart Cities Council Readiness Program. “The entrants are knowledgeable and committed, and they have large ambitions. They are moving beyond the ‘pilot phase’ to deploy strategic at scale programs that will generate lasting benefits.”

“The five winners had three important things in common,” explained Smart Cities Council Chairman, Jesse Berst, “including a focus on uncovering synergies and cost-efficiencies between departments. They also fostered coordinated collaboration between internal departments, external stakeholders and nearby regions. Finally, they exhibited a determination to include underserved and vulnerable populations.”

The 2018 Readiness Challenge Grant winners are:

Birmingham, AL: Birmingham is an inspiring example of how a mid-size city can lead the way towards livability, workability, and sustainability. Birmingham works diligently to ensure that its initiatives benefit multiple departments and multiple populations. The city will use the Council’s Readiness Roadmap to provide a collaborative framework for the many projects it has underway, including an Open Data portal, smart street lighting, community Wi-Fi, bus rapid transit, and a violence reduction initiative that uses data to spot problems early.

Cary, NC: The judges were impressed by Cary’s efforts on smart parking, mobility, and street lighting, as well as the city’s efforts to create “Destination Centers” in underserved neighborhoods to encourage jobs and housing. Cary will use the Council’s Readiness Workshop to further advance several of its projects, including “One Cary.” This initiative seeks to gain a 360-degree view of the city by creating a single core platform to promote data sharing between departments and with citizens. “Making more data-driven decisions is integral to the future of Cary, not just within the function of the government but also for civic engagement and transparency,” says Cary Mayor, Harold Weinbrecht. “The resources provided by the Readiness Challenge Grant will be a huge help in our effort to gain a 360-view of Cary and our citizens.”

Las Vegas, NV: Las Vegas is hard at work on an open and adaptable public safety platform to pull in data from many sources for “collective analysis.” The city’s dedication to public safety also extends to traffic and pedestrian safety. They have three pilot projects underway using video analytics to identify potential problems. Las Vegas will leverage the Council’s coaching and assistance to make its infrastructure smarter, towards its goal of becoming a fully connected smart city by 2025. “Las Vegas is a leader when it comes to innovation and we thank the Smart City Council for this honor,” Mayor Carolyn G. Goodman said. “The city will utilize the mentoring, workshops, products and services provided in this grant to continue to be a testing ground for new technologies that improve safety and livability for our residents and visitors.”

Louisville/Jefferson County, KY: The consolidated government of Louisville/Jefferson County has long been at the forefront of civic technology and understands that smart cities require smart infrastructure. The Council will help it craft a collaborative approach to use smart technologies to address challenges in transportation, telecommunications, and public safety. Louisville/Jefferson County is deploying 115 miles of new fiber optic cables so it can roll out smart city projects at scale throughout the region. Digital inclusion is also a priority — ensuring that vulnerable populations get access to broadband, computers, and smartphones. Mayor Greg Fischer said: “A world-class city has to be positioned to understand and adapt to the world around us, especially in the fast-moving realm of technology. That’s why our city’s Office for Civic Innovation has worked so diligently on projects like attracting Google Fiber and working with the app IFTTT to sync city data with smartphone apps, and smart devices, like Internet-enabled light bulbs. It’s also why they’re focused on ensuring Louisville’s bright digital future is inclusive of all citizens, no matter the neighborhood they call home. This partnership with the Smart Cities Council will help us take even more big leaps into the future.”

Commonwealth of Virginia: The Council believes that it is essential for states to take a “shared services” approach to smart technologies, so each town does not have to reinvent the smart city wheel. Virginia’s Smart Communities Working Group embodies this — working hard to become a smart state government to achieve cost efficiencies and service improvements for the state itself while also lowering barriers for all Virginia communities. The Council will apply its Readiness Program™ to help Virginia create a framework for its multiple initiatives, including expanding broadband throughout the state; adopting interoperability standards; setting out a cybersecurity and privacy plan; and creating sustainable funding for smart projects. “The Commonwealth of Virginia is honored to be awarded this Readiness Challenge Grant,” said Virginia’s Secretary of Commerce and Trade, Esther Lee. “The grant will aid Virginia in supporting communities across the Commonwealth to improve livability, workability, and sustainability through smart technology.”

The five Challenge Grant winners will receive a full year of expert, vendor-neutral mentoring plus an on-site Readiness Workshop custom-tailored to each community’s needs and priorities. The Council will bring in some of the world’s most experienced experts from the private, philanthropic, academic and research sectors to help advise the winners.

The Council will take the information it receives from each workshop and develop a shareable Readiness Roadmap that provides guidance for the community’s smart city program implementation. The winners will also receive free products and services from leading organizations and Smart Cities Council partners, including Qualcomm, Battelle, SYNEXXUS, CompTIA, and IES.

All applicants will receive feedback and guidance from the Council, including the runner-up cities of Albuquerque, NM; Aurora, IL; Fairfax County, VA; and Los Angeles, CA. As part of this program, the Council also awarded Puerto Rico with a special humanitarian grant to help accelerate its hurricane recovery efforts.