The very best of today’s “smart buildings” are impregnated with the kind of systems that were once confined to the realms of science fiction. By automating the processes that control the physical environment — from ventilation and heating to lighting and security — new technologies are bringing workplaces to life and pushing the limits of what is possible.

The vast majority of contemporary workplaces, however, are failing in these areas that are so crucial to the employee experience. According to Leesman, a global business intelligence tool that measures and benchmarks how workplaces support employee and organizational performance, the vast majority of workplaces are failing to deliver in the most elemental of areas. The Leesman Index, which contains more than 300,000 employee responses, shows that temperature control, for example, is an extremely difficult component for organizations to get right. While its importance is scored at 78.6 (the Leesman Index scoring system is 0-100), the average satisfaction score for temperature control is 29.5, which represents a huge gap between expectation and satisfaction. Through the use of AI, sensors and the Internet of Things technology — where a multitude of assets are connected to the network — smart buildings can measure relevant areas such as weather, daylight and occupancy patterns to make positive changes to the working environment.

So, smart technologies could help to boost employee comfort, but they may also be used to enhance service or experience in other, more sophisticated ways. Gregory Blondeau, founder of visitor management software developer Proxyclick, explains: “From the moment a visitor arrives, smart systems work together to deliver a VIP experience. The parking facilities recognize your car, the access control is open for you, you enter the elevator to the right floor, you can access the Wi-Fi, and indoor navigation takes you to the right meeting room where your favorite drink is waiting for you — everything is taken care of in an integrated, smart way.” 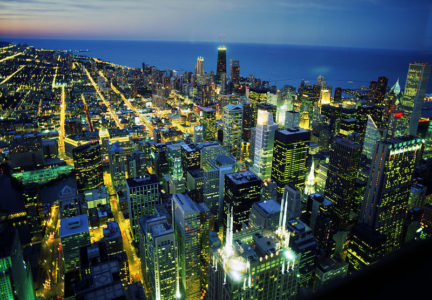 So advanced is this technology, however, that attention is already turning to the creation of much larger networks — often termed “smart cities”. It is a concept gaining traction in the property and FM spheres. At MIPIM, the world’s largest annual gathering of property professionals, back in March, the consensus was that the advent of smart cities will give built environment disciplines a central role among a number of critical global challenges. As Christian Schulz, head of operations for Schindler Management AG, an international manufacturer of elevators and escalators, noted in one session, multiple megatrends including an aging population and the rise of the global middle class are pointing to the exponential growth of the world’s major cities. The UN estimates that 6.3 billion people will be living in urban areas by 2050.

“This staggering rate of growth will inevitably place considerable strain on resources, from basic amenities like food and water to other essentials like housing transport and even open spaces,” says Brian Zrimsek, industry principal for MRI Software, who believes that the population will benefit from better management of these resources. “Large intelligent networks will facilitate this management, ultimately maintaining a standard of living that will improve over time, even as the population grow. These networks, however, will need to be predicated on an ‘open and connected’ approach in order to truly tap the potential.”

Importantly, cities and governments will have to consider the demographic patterns behind urbanization, too. A substantial proportion of the migration is made up of young professionals, with booming industries like technology enticing a new generation of knowledge workers into major cities. Numerous speakers at MIPIM posited that millennials are now the key decision-makers and argued that cities will have to battle it out as global talent hubs. Linda Hepner, mayor of Surrey, Canada, a key figure behind joint smart cities program in the province of British Columbia, described this new outlook as “city as a service”. She warned, however, that most cities are still failing to grasp the fact that they are service providers.

In a keynote speech at MIPIM, American activist and author Adora Svitak claimed that urban design is as much a moral challenge as it is a logistical one. She argued that while city planners and architects spend lots of time thinking about “trendy millennials who cycle to work at Google and pay $5 for a flat white,” this narrow grouping ignores the large majority of young people who are priced out of popular urban centers.

The connective power of smart cities could therefore help to build vital social interactions and even counteract what Svitak called the “loneliness of convenience,” a phenomenon now having a detrimental effect on public health. “Public spaces are any neighborhood’s most important amenity. We all want to look out of our windows and see a world getting better rather than building up behind gates or inside bubbles,” she said.

Zrimsek agrees: “As data ‘points’ or civic sensors increase throughout an urban sprawl, the data collected will take on a new meaning as it will be innately connected to human experience. In other words, data will become entrenched with social meaning. This development is of huge importance to the built environment, as professionals will be able to anticipate human behaviour inside and outside buildings and respond accordingly.”

Smart cities could even transform community safety. “As new data and intelligence, and predictive data analytics and capabilities enable multiple stakeholder groups to work far closer towards improved public safety, facility mangers can utilize this superior situational awareness to better protect their people, assets and data,” says Blondeau. “Smart policing, for example, is set to predict and reduce crime by around 20%. Sharing an integrating this data with smart building systems such as CCTV, access control, and visitor management, will provide an added layer of security for buildings and sites.”

Back at MIPIM, Hepner spoke about a near future in which sensors on locomotives that predict when problems will occur, and responsive streets that sense when people are about to cross. Within the workplace, she described hologram chats at the water cooler and coffee delivered by drones.

Despite the huge potential of smart cities, Raj Krishnamurthy, CEO of workplace technology specialist Workplace Fabric, suggests that those with a stake in the development of the concept, should keep their feet on the ground. “Technology needs to benefit the people that use it,” he explains. “We still have a long way to achieve people-friendly smartness in various spaces. Only when this is achieved can we speak about larger networks that are useful for people.” 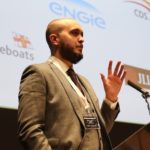 For the FM and property professionals that wish to play a leading role in the development of smart cities, then, they should first consider who these networks will benefit.

Iatrou writes about facilities management and the workplace. He is a former editor of www.i-fm.net and Facilities Management Journal (UK).

Environment May 10, 2022
A new report from Urban Land Institute covers the environmental, financial, and community benefits of renewable energy.