In the not so distant future, driverless vehicles (DVs) could be everywhere. But what kinds of driverless vehicles will we see and use? And with a current infrastructure built around oil changes and spark plugs, what will fleet owners have to change to keep their driverless electric vehicles well-maintained and profitable?

Let’s take a look down the road to see what may be coming our way in the next five to 15 years. An almost total switch to the availability of electric vehicles and even driverless vehicles is no longer speculation. It’s a fact. Volvo has commented that they are determined to be the first premium car maker to move their entire portfolio of vehicles into electrification, and Tesla recently revealed a driverless, electric tractor-trailer (aka 18-wheeler).

With all the discussion around driverless cars to date, most have focused on the direct relationship between car and driver. While this is obviously a paradigm shift, driverless cars are going to disrupt even more behaviors than are usually considered. For example, going on a business trip? In the future it is likely you will be “driven” to an airport, and that car will then be dispatched to another location.

This is just a glimpse at the front-facing side of driverless passenger vehicles. What about the back-end of this driverless future? While cars may drive themselves, they are not going to clean and service themselves (at least not in the near to mid-term). In fact, driverless cars may well cause numerous new industries to emerge. There will be opportunities where these services will be needed for all types of fleet owners and leasing companies, and private owners will enjoy some benefits from having their own DVs. 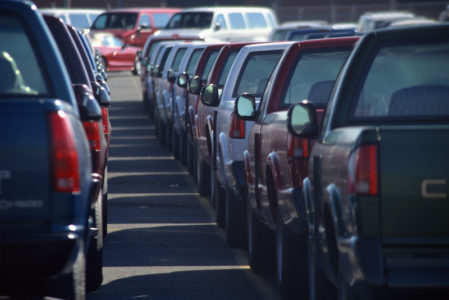 At ABM, we currently provide many back-end maintenance services for rental vehicles, including fluid checks, tire checks, interior and exterior cleaning, and vehicle shuttle services — moving the vehicles through the turn-around process between rentals — for rental car companies. So, this new driverless world is in our sights.

Here are some of the things we anticipate. There is still a significant role for humans in all of this. Let’s take for example the company you will contact for your airport DV shuttle. After it drops you off at the airport, it will need to be programmed to return to a service facility or some other type of quick turnaround area (QTA) where a human being will inspect the interior of the car, looking for left-behind items, damage, and dirt. At the same time, another person will check the maintenance report to make sure all the vehicle’s systems are working properly. If there’s time, the DV may even get a quick wash and vacuum before going out on the road again.

That’s assuming all goes well with your shuttle ride. What happens if the shuttle breaks down or gets a flat tire? Someone would be on hand — perhaps stationed nearby — to deal with these unplanned but inevitable events. They would assess the situation, checking for injuries or damage to your belongings. Whether they drive you themselves or dispatch another shuttle, they would ensure that you get to your destination safely. Finally, they would make sure the broken down vehicle is removed from the road and repaired.

However, if you and everyone else is using on-demand DVs to get to the airport, many of them will be in close proximity to the airport and on the streets of surrounding cities. Though their downtime is minimal, DVs must be charged and maintained. However, with so many in service, the current QTAs, designed primarily for the current needs of airport-based rental car companies, will be too small and outmoded.

This opens up the opportunity to develop unused portions of an airport parking area into a huge DV servicing hive where each major DV company would lease a designated area to perform its servicing. This facility could also be built off-site. By locating it away from the airport — perhaps midway between the airport and the city — the huge QTA hive would alleviate the DV congestion around the airport. By constructing it in an economically depressed area, it could also satisfy some political demands and become a source of new investment, new revenue, and new jobs for the people living there.

At the other end of the spectrum sits the huge, driverless, electric 18-wheeler. The very thought of a driverless big rig pulling up behind you at 65 miles an hour might be scary. However, considering roughly 94% of all traffic accidents are due to driver error¹, a driverless truck may actually be safer! The vast truck stop lot, where truckers now park for the night, may become a huge field of electrical charge stations. The maintenance bays would transform into high-tech sheds equipped with advanced telemetry systems and manned by specialized techs. Onboard systems on each truck would signal ahead with both routine maintenance and more complicated problems. Upon arrival, the truck would drive itself into a bay where the tech could troubleshoot and repair the problem.

The reality is that while automation will increasingly help drive productivity and usefulness of DVs in the future, these processes will still require multiple checkpoints, and people will always play a strategic role in their maintenance and operation. 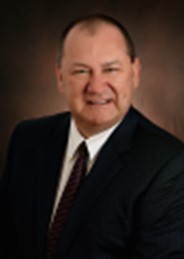 Smith is vice president of vehicle services, Business & Industry, at ABM, which provides labor management and support services for over 100 rental car locations throughout the United States. Prior to joining ABM, Smith held senior-level positions with Hertz and was regional vice president of operations for Hertz Equipment Rental and regional vice president – Northeast U.S. and Canada operations for Hertz Rent-A-Car. He has extensive experience in rental car location operations. Smith received a Bachelor of Science degree in business from the University of Maine and holds a Lean Six Sigma Green Belt certification.