Are those cookies Bob keeps bringing to share at the office going right to your waistline? What about the annual influx of leftover treats at Halloween, or the homemade sugary gifts at the holidays? Don’t forget about the all-too-frequent office birthday cakes. Add all that eating to a lot of sitting around and being too tired or busy to work out, and it turns out our jobs can be bad for our BMI.

If you think your job is making you fat, you’re not alone. More than half (57 percent) of the nation’s workforce think they are overweight, and 45 percent believe they’ve gained weight at their present job, according to a new CareerBuilder survey. Twenty-six percent of workers said they gained more than 10 pounds at their current job, while 11 percent gained more than 20 pounds.

When asked what they think contributes to weight gain at work, workers who have gained weight said:

“Employers understand that healthy employees lead to a more productive workforce and are taking steps to promote healthier lifestyles both in and out of the workplace,” said Michael Erwin, senior career advisor at CareerBuilder. “Ten percent of employees are not sure if their employer offers wellness benefits. Focusing on education of these types of benefits goes a long way to not only improve the overall health of the workforce, but can help with retention of talent.”

So, how can you win the battle of the workplace bulge? Good old fashioned diet and exercise.

Despite more than a third of workers who have gained weight at their present jobs saying they’re too tired or don’t have time to exercise, the majority of U.S. workers (58 percent) say they do exercise on a regular basis. While 63 percent of workers in the West say they exercise on a regular basis, 59 percent of those in the South, 56 percent in the Northeast, and 53 percent in the Midwest say the same.

Not surprisingly, 42 percent of workers don’t work out regularly or at all, and 48 percent of this group say they gained weight at their current job.

Exercise isn’t the only key to maintaining a healthy weight — as they say, you are what you eat. Nearly a quarter (23 percent) of U.S. workers eat out at least three times per week for lunch instead of packing their lunch. Eleven percent of workers find their grub from the vending machine at least once a week. Workers are then taking their meals back to their desks — 63 percent eat from their workstation.

Lunch isn’t the only time the U.S. workforce is eating: Workers are munching away most of the day — 72 percent of workers snack on the job.

Some employers are stepping in to help their employees get fit, but are employees using these tools? Three in 10 (30 percent) workers say their company provides gym passes, workout facilities, or wellness benefits, but 19 percent of this group don’t take advantage of them. Sixty-one percent of workers say their employers do not offer wellness benefits, but if offered, 37 percent believe they would take advantage of them.

The nationwide survey was conducted by The Harris Poll on behalf of CareerBuilder from April 4 to May 1, 2018 among a representative sample of 1,117 full-time workers across industries and company sizes in the U.S, including 1,012 in the private sector. 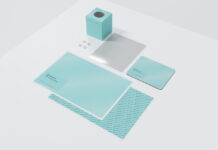