Gordon Brush Mfg. Co., Inc. announced that the Company is the 2018 winner of the MADE: In America Award. The award was presented on Monday, July 3 on Capitol Hill in Washington, DC, to company President and CEO Ken Rakusin by Congressman and Democratic House Whip, Steny Hoyer (MD-5). It was presented in the inaugural All American Room, which made its national debut in the Rayburn House Office Building Foyer. 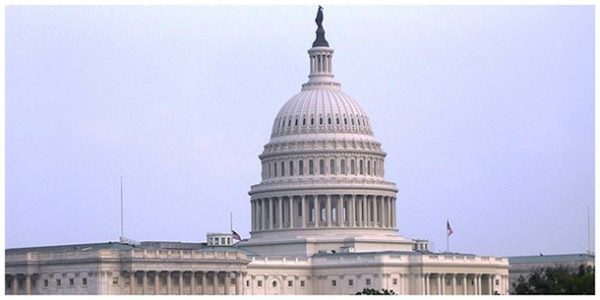 Gordon Brush®, an ISO 9001:2015 certified American manufacturer of brooms and brushes, made the short list of U.S. manufacturers invited to compete for the 2018 award by MADE: In America™. These companies have been identified and vetted for their best business practices placing them at the top of their respective industries. Each is required to make an in-depth submission detailing their commitment to ongoing manufacturing and job creation in the United States.

MADE: In America is a 501c3 educational non-profit based on Capitol Hill in Washington, DC. The organization’s mission is to create and foster a business climate conducive to the free exchange of ideas and information to revitalize and sustain the competitiveness of American commerce and industry in a global economy. MADE: In America is dedicated to increasing public awareness and educating Americans about the importance of a strong domestic manufacturing base.

According to MADE: In America Chairman, James De Lorbe, “Gordon Brush is a truly singular company not only in its industry but in the United States. Mr. Rakusin’s leadership and track record in not only sustaining but growing a long-established company here in the United States throughout a turbulent period of ever increasing pressures to ship production overseas, represents a significant and exemplary contribution to our Nation deserving the highest order of recognition.”

“Winning the prestigious MADE: In America award is an amazing honor and accomplishment for Gordon Brush. Even under competitive threats, the Company has been steadfast in its philosophy and commitment to manufacturing in the United States”, said Rakusin. “In spite of many issues, I was determined to build and grow my business in the United States by re-investing profits into the purchase of millions of dollars in manufacturing equipment and machinery; pride in contributing to the American economy is near-and-dear to my heart”, further proclaimed Rakusin.