According to the United States Department of Labor, almost half of the total American labor force is comprised of women — and yet, barely 1% of all heating, air conditioning, and refrigeration technicians are women. As the Baby Boomer generation begins to enter retirement, more HVAC contracting jobs have become available; employment of HVAC installers is expected to grow 15% over the next seven years, significantly faster than the average for all other occupations.

Many industry leaders have pushed to include more women in this traditionally male-dominated field in order to account for the labor gap and shifting trends overall. According to a 2017 report by American Express, women-owned businesses have experienced explosive growth — and don’t show any signs of slowing down.

What does this mean for the HVAC industry? How are industry leaders working to promote change and reach out to the largest untapped demographic available?

When most people picture the average HVAC expert, they likely imagine a man. Challenging the stereotype that HVAC technicians are always men is the first step to encouraging women to join this ever-growing industry; once that’s completed, women are often excited by the possibilities. A career in HVAC certainly offers a lot more than your typical day job.

Many HVAC technicians express excitement that no two days are the same, and the opportunity for overtime work almost always exists. Women who have joined the HVAC industry have commented on the many benefits that their new careers have given them, namely the security of steady work now and the forecast for growth in the next decade.

Perhaps most notably, women get paid roughly the same amount — an average of $45,110 in base pay per year — as do men in the industry. This is no small matter, as women across the nation in various industries lobby for equal pay.

The most prominent organization helping women break into the HVAC industry and thrive once there is Women in HVACR. They provide scholarships and mentorship to young women and continue to support and connect women to companies throughout their career development. Furthermore, they discount certain educational opportunities, provide access to specialized forums and a directory of women leaders in the industry, and offer one-on-one guidance.

Women in HVACR helps host the annual HVAC Comfortech conference, where women in charge of HVAC companies and other leadership positions discuss topical concerns, such as organizational bias, sexual harassment, and attracting more women to the industry at large.

Other organizations committed to emphasizing the role of women in the HVAC industry include the International Association of Sheet Metal, Air, Rail, and Transportation Workers (SMART) union and the Sheet Metal and Air Conditioning Contractors’ National Association (SMACNA), which has created a steering council for women in leadership positions. The council will continue to provide guidance and leadership on technical and developmental issues.

Dozens of significant and powerful companies have joined the Paradigm for Parity since its 2017 inception, including HVAC industry leader Trane (an Ingersoll Rand brand). Paradigm for Parity strives to “fix the corporate leadership gender gap.” Their stated goals include eliminating unconscious bias, significantly increasing the number of women in senior leadership positions, measuring and communicating actionable targets, merit-based and performance-based career advancement, and sponsorship and mentorship of women with potential.

Johnson Controls created a Women’s Resource Network nearly 10 years ago whose principal design was to empower a diverse workforce. They now host a biannual “Women in HVAC” event, a two-day meet-up of professionals within the industry who want to tear down misconceptions, test new commercial equipment, and tour state-of-the-art facilities. “Women in HVAC” offers educational and networking options for the various people that make up the HVAC industry, including contractors and service technicians, but also distributors, engineers, marketing, and sales professionals.

Other initiatives designed to cultivate and foster enthusiasm for women in the HVAC industry include CEO Action for Diversity and Inclusion, Women in Manufacturing (WiM), WEConnect International, the Greater Women’s Business Council (GWBC), and the Women’s Business Enterprise National Council (WBENC).

The education and certification required to become an HVAC technician can be acquired in as little as six months in some states, and after a year or so (plus on-the-job apprenticeships and training), a woman could be prepared for a career of servicing, maintaining, repairing, and selling HVAC systems. Many companies begin outreach by hosting career fairs and awarding scholarships to young women who show interest in HVAC service.

Of course, encouraging women to pursue STEM-related careers at younger ages has also helped change the landscape. Ruth Ann Davis, the president of Women in HVACR, has stated specifically that reaching out to technical schools, trade schools, and high schools is part of the long-term, woman-centric growth of the HVAC industry.

The Dwyer Group, which owns eleven franchise brands servicing HVAC equipment, created in 2012 the Women in the Trades program, which awards two scholarships per year; to those interested in HVAC and other hands-on trades.

The HVAC industry affords women other career opportunities beyond the contractor role. Ilana Koegelenberg, editor at Cold Link Africa and the Refrigeration and AC Africa Journal, has stated that working in an “incredibly male-dominated industry…can be scary,” but through hard work and resilience, women in roles like hers have highlighted how the industry can “celebrate excellence, regardless of gender.”

The landscape is dotted by those who have developed their careers into formative and influential roles. Take for instance Laura Rygielski, Trane’s district general manager, who heads a team of more than 300 people, or Georgia Berner, who has been the successful president and CEO of Berner International for decades after her husband passed away in 1984. There’s also Jessie Meyers, who has risen to the role of research and development engineer at Semco LLC; she describes her position as taking “a new product from the design stage through testing and listing requirements…for [production] at our manufacturing plant.”

Lindsay Nguyen, a chiller applications engineer for positive displacement at Daikin, suggests that as a woman in the HVAC industry, she has “the ability to showcase [her] skills and knowledge in a manner not all men might experience,” and that she loves the feeling of attitudes shifting when she presents innovative ideas. Bonnie Baumgartner, also at Daikin, describes her role of a pricing analyst as “very complex and dynamic” while still utilizing her background in engineering.

As you can see, the landscape within the HVAC industry continues to shift and evolve, providing avenues to career success and satisfaction for both men and women. We would all do well to recognize the importance of inclusion and increasing diversity within our field, and to support those organizations seeking to accomplish those goals. 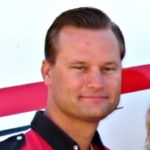 Kevin Burns is the President of Bob Jenson Air Conditioning in San Diego with over 29 years of experience in the HVAC Field. He has worked in every aspect of the industry and has trained dozens of people. He has a passion for doing what’s right for each home and customer and sets this standard for his entire team.