By Benjamin Freas
From the February 2019 Issue

In the space of a month, drone sightings prompted two UK airports to suspend operations. In December 2018, more than 100,000 passengers were stranded at London’s Gatwick airport after drones were spotted near the airfield. Then, on January 8, 2019, departures from Heathrow Airport were suspended for about an hour after a drone was seen. Though air traffic has been the largest tangible disruption caused by the rapid adoption of drones, unmanned aircraft also promise benefits to business operations, including facility management.

To date, drone use has been dominated by hobbyists. The ease of maneuverability and ability to create spectacular videos have appealed to enthusiasts, and falling equipment prices and improved technology has fueled adoption. Commercial uses of drones have been slower to emerge and are still in an early stage of growth. But, the ability to use drones for surveillance, photography, and video is gaining traction across a slew of industries. Indeed, the Federal Aviation Administration (FAA) expects the U.S. commercial drone fleet to quadruple in size between 2017 and 2022.

Drones are aircraft without a human pilot aboard, often referred to as unmanned aerial vehicles. Generally, drones are operated by a human pilot remotely. However, artificial intelligence (AI) algorithms can be used so that drones can fly autonomously. Drones typically carry cameras and allow operators to gather data from areas that are difficult, dangerous, or expensive for humans to get to. Within facility management, drones are primarily being used for inspections in hard to reach areas such as rooftop equipment or building façades. This can save time by obviating the need to erect scaffolding or aerial work platforms. But, more use cases are emerging as drone technology vendors are crafting solutions that can benefit facility managers.

Two start-ups are offering drone-based solutions to tackle the challenge of creating as-built drawings: Skycatch and Siteaware. During construction of a building, contractors often make deviations from engineer’s and architect’s drawings to adapt to circumstances that emerge on the site. Additionally, tenant fit-outs as well as renovations, retrofits, and upgrades end up modifying buildings over time.

Drones can assist by making site surveys to create actual building conditions easier. Both Skycatch and Siteaware have solutions that fly automated drone missions that use cameras to collect data on a site. The data is then processed into a map and point cloud, creating a digital representation of the site. Finally, this digital model can be marked up, measured, or overlaid on CAD plans to understand what has been built or to help plan future projects. In addition to surveys, Glasglow-based Aerial FM uses drones to perform high-level inspection of building envelopes and smoke ventilation systems. The company’s drones are able to capture 4k-quality video, photographs, and high-sensitivity thermal data to assess repair and maintenance needs.

Rather than converting the physical world into digital data, the true promise of drones may lie in creating the physical based on digital data. Though still far from being commercialized, the use of drones to create and construct will come. In 2011, Raffaello D’Andrea of ETH Zurich, a Swiss University, in collaboration with Swiss architects Gramazio & Kohler used flying quadrocopters (seen above) to lift, transport, and assemble 1,500 polystyrene foam bricks to build a tower measuring six meters high (19.6 feet). The drones were controlled by a mathematical algorithm that translated a digital design into a real-world tower.

A primary challenge is that drones cannot carry much weight. This largely limits applications to sending a camera to hard to reach spaces. But, this is changing as technology evolves. Drones are constrained by their power-to-weight ratio. They need a substantial amount of power to get off the ground, which limits the weight available to carry a payload. Innovation in battery technology is helping alleviate this constraint. Advanced battery chemistries like lithium ion (Li-ion) have better charge densities than the nickel cadmium batteries traditionally used. As Li-ion battery costs continue to decline, more of the drone’s payload can be used to perform a task other than propulsion.

Similarly, sensor innovation has yet to fully transform drone capabilities. Drones can gather visual data through cameras, thermal data through infrared cameras, and position data through lidar. (Lidar is Light Detection and Ranging, a remote sensing method that uses light in the form of a pulsed laser to measure distance.) But, any sensor could be mounted to a drone. For buildings, those might include humidity sensors, carbon dioxide sensors, or pressure sensors. Currently, the cost and weight of such sensors prevents economical use for drones. But, rapid adoption of drones could change this outlook. Over the past 25 years, the cost of accelerometers has dropped from $25 per sensor to $0.25 per sensor. This decline was driven by the explosive growth in smartphone adoption as improved designs decreased size and cost. Given the anticipated growth in drone shipments, similar advancements could be made for drone sensors.

As better batteries develop, this could enable drones to carry heavier objects. This includes carrying bricks for building, but could also mean carrying a wrench to tighten a bolt or carrying a hammer to hit a stuck damper. Though drones will never replace facility managers, ultimately, they could operate as another set of hands to help keep buildings running. 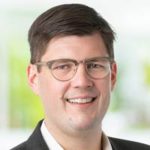 Freas is an associate director at Navigant Research where he manages the firm’s custom market research offerings in Europe. His experience includes both market research and technical expertise in the design and construction of buildings. Freas focuses on lighting, building automation systems, heating, ventilation and air conditioning (HVAC) systems, and emerging building technologies.

Do you have a comment? Share your thoughts in the Comments section below, or send an e-mail to the Editor at [email protected]