Facility executives seeking to demonstrate leadership in energy efficiency are grappling with the ENERGY STAR updates that rolled out last August, which raised the bar for certification. This update revised the baseline for calculating the rating from 2003 consumption data to 2012 consumption data. As a result, facility engineers using the system for energy benchmarking saw their score drop an average of 12 points with the new energy baselines from U.S. EPA. While this might be discouraging for some, it shows the system is working; over time, we’ve improved the energy efficiency of our buildings. And the message is clear: to retain a leadership position in energy efficiency, facility teams need to continue to invest in that efficiency.

Over the last nine years I’ve worked with facility managers at a 1.4 million square foot multi-tenant office building to achieve three LEED certifications. Work began in 2009 when the LEED-EB: O&M rating system was released, and the first certification was earned in 2010. The building was recertified in 2014 and again in 2019. The building had a good ENERGY STAR rating when the initial work began, but to maintain that same good rating requires a vigilant engineering team that is always seeking out opportunities for improvement.

Looking back, the team implemented dozens of relatively small, but cumulatively impactful projects that have:

A large part of that success involved making improvements to the facility’s HVAC system. Below are three strategies for improving HVAC performance over the long-term that should be considered when retrocommissioning spaces or building new structures.

1. Adjustments to operating schedules and night setback temperatures. This is an easy, no-cost strategy to implement, and yet we still see this issue at buildings with on-site engineering teams. Maintaining occupied conditions 24/7 for a space that is used 60 hours per week means the space is only seeing beneficial use for 35% of the time.

Implementation guide: Informing user groups and tenants on the standard operating hours for the facility can facilitate implementation. Where user groups or tenants require after-hours occupancy, calculating the typical cost per hour to condition their space will demonstrate the resources required and further strengthen the argument for energy efficiency. In a tenant scenario, tracking (and billing back) these costs to the occupants will show the true impact and inform long-term planning for the building for everything from lease negotiations to infrastructure upgrades.

Implementation guide: Since most supply fans already have variable frequency drives (VFDs), this is generally a low-cost recommendation to implement with the controls contractor. However, implementation must ensure adequate ventilation (with outside air) is maintained per code. Further, if there have been significant variations in occupant density or the layout of the floor plan, consider testing, adjusting, and balancing (TAB) the HVAC system with a qualified TAB contractor.

3. Optimum start for chiller and air-side systems. Once a night setback schedule is implemented, the engineering team should determine when to start the HVAC system each morning. Time required for the building to warm up (or cool off) depends on weather, and often on the day of the week (Mondays take longer due to the system being off over the weekend). By learning the building’s patterns and performance, an optimum start program leverages the power of data from your building automation system (BAS) to automate and “optimize” the “start” time.

Implementation guide: Most BAS control systems are capable of this—implement with the controls contractor. Just make sure that outside air for ventilation isn’t engaged until the building is actually occupied—there’s no sense in ventilating unoccupied space.

After implementing these measures, be sure to communicate changes to staff and contractors, and monitor performance. Further, efficiency projects should never sacrifice occupant health or comfort, so after several months review indoor environmental quality. 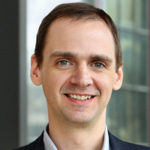 Dahl is director of sustainable operations at HGA, a national multi-disciplinary design firm rooted in architecture and engineering. In his role at the firm, he leads teams in defining and achieving their sustainability goals.

Share your thoughts in the Comments section below or send an e-mail to the Editor at acosgrove@groupc.com.