By Kyle LeBlanc and Denney Howard

In 2015, the Texas Department of Transportation (TxDOT) selected Lockwood, Andrews and Newnam, Inc. (LAN), a planning, engineering and program management firm, to perform a comprehensive statewide facility condition assessment. This assessment provided TxDOT with an objective means to evaluate, rank, and budget the replacement of its aging buildings and site infrastructure. (For more details about the facility condition assessment process, reference the article titled “A Texas-Sized Facility Assessment” in Facility Executive, December 2018.)

Building upon this effort, TxDOT decided to identify accessibility issues as well as potential safety concerns with electrical systems and equipment in its facilities. To this end, in July 2017, TxDOT commissioned LAN to perform a comprehensive Americans with Disabilities Act (ADA) assessment and an Arc Flash Study of its facilities across the state.

“Just over half of TxDOT’s facilities were built before the ADA act was enacted in 1990,” said Ted Armstrong, AIA, senior associate and senior program manager at LAN. “So, TxDOT knew the ADA assessment was overdue. Concurrently with the ADA, TxDOT was also aware that that their facilities weren’t up to current Occupational Safety and Health Administration and National Electric Code safety standards.”

TxDOT has a massive infrastructure of more than 2,700 facilities spanning nearly 10 million square feet of space in 26 districts. The districts are spread over 250 counties in 354 locations across the state. And the scale of the project wasn’t the only challenge. TxDOT also wanted the ADA assessment and the Arc Flash Study to be completed within a year.

To tackle this massive chalenge, in September 2017, the project team initiated a pilot program for the Austin district (The Austin district was chosen due to its proximity to TxDOT’s state headquarters and support services division). The pilot program helped the project team develop, refine and establish the processes that would serve as the basis for the assessment work in the remaining 25 districts.

For the ADA pilot program, the project team evaluated more than 100 facility and site assets within the Austin district. Using guiding documents provided by TxDOT, which included the 2010 ADA standards for accessible design and New England ADA Center’s checklist for existing facilities, the project team identified, measured and documented the barriers to compliance. The architectural barriers and deficiencies documented as part of this assessment including those impacting people in wheelchairs as well as those who are blind, have limited vision or hearing, and mobility disabilities.

The project team employed four teams of assessors. Each assessment team comprised two or three individuals with a registered professional architect or engineer leading the effort. To gather necessary facilities data, the assessment teams first reviewed available site plans and building drawings. Then, they visited 16 district sites and one state headquarters site in the Austin district. The accessibility data was prioritized into four categories:

Using iPad minis and a customized software (VFA.facility® from Accruent), the teams collected the accessibility data at each facility, recorded and documented the deficiencies with pictures, and included notes deemed significant by the assessors. In addition, the project team provided the estimated costs to repair each deficiency. For example, the project team observed two non-compliant exit stairs at a facility in downtown Austin and estimated a cost of $2 million to replace the stairs. Finally, the project team consolidated this information into an executive summary and detailed report for each site in the Austin district.

“The Austin district pilot program gave us a foundation to put together a process that we could repeat in other districts,” said Armstrong. “Once TxDOT reviewed and approved this process, we were off and running. As we went along, we tweaked the process to make it more efficient. As a result, we finished the entire ADA assessment in eight months.”

An arc flash is a rapid release of electrical energy that can cause physical injury or even death to a worker within the proximity of its flash. A decade ago, a few large companies performed arc flash studies. Today, arc flash studies have become an integral part of many electrical safety programs.

Similar to the ADA assessment, the project team began an arc flash pilot program for the Austin district to develop, refine and establish the process that would serve as a basis for the entire project. Four teams of assessors, each comprising a project manager, electrical engineer, licensed electrician and an engineer-in-training, were employed for this program. To gather necessary facilities data, the assessment team first reviewed available site plans and building drawings. Assessment teams then conducted site visits to the facilities in the Austin District. Within the Austin District, seventeen sites (sixteen district sites and one state headquarters facility) were evaluated for compliance with the 2018 National Fire Protection Association “Standard for Electrical Safety in the Workplace.”

Prior to visiting each site, an electrical model was prepared using documentation provided by TxDOT, including facility site plans, floor plans, panel schedules and one-line diagrams. The project team also communicated with the power companies that served various facilities to obtain pertinent utility data needed for the models.

The work performed at each site included walking the site to determine any deficiencies, obtaining access to equipment interiors to document existing component characteristics for inclusion in the site electrical model, and comparing actual site conditions against documentation provided by TxDOT. Using SKM Power Tools, a software recognized as an industry leader in electrical system modeling, the project team analyzed the data and prepared a report with the following information:

Joseph Waterfield, LAN’s vice president, says arc flash studies can be the difference between life and death. “A facility owner’s focus should not be how much is this study going to cost or why does it have to be so intricate, but that a properly executed arc flash safety plan can save lives,” said Waterfield.

The size, scope and time-sensitive nature of the ADA assessment and Arc Flash Study presented several challenges. Additionally, the two studies overlapped, which limited the resources available to the project team. Despite these challenges, both assessments were completed on time and to TxDOT’s satisfaction, primarily due to three critical success factors: communication & team continuity, scheduling & logistics strategies, and an effective quality control process.

Communication & Team Continuity: Constant communication, both with TxDOT and LAN team leads, was crucial. Each week, team leads held meetings with the local staff to develop plans, understand issues, and ensure actions were implemented correctly and effectively. Additionally, teams in different disciplines such as site survey, modeling, quality control and report preparation also met weekly to ensure they were all on the same page. The project teams also worked with the same TxDOT staff to provide efficiency through familiarity. Furthermore, LAN staff who worked on this project relinquished other projects to provide consistency of talent.

Scheduling & Logistics Strategies: To cover such a large state like Texas within a year, the project teams implemented several strategies to reduce travel and increase production time. During the ADA assessment, project teams reviewed the master planning schedule and looked for overlaps where travel time could be reduced drastically in the north, south, and west regions. Finding these overlaps allowed the project team to tag-team when necessary on the more difficult larger sites. Also, field team leaders were allowed the flexibility to coordinate their own travel arrangements and not be tied to a corporate process. For the Arc Flash Study, LAN purposely scheduled the far west and panhandle districts at the end of the project due to the long travel distances between sites in these two districts. This allowed the team to study and implement efficient corrective actions to make the project progress more smoothly. Other modifications included grouping facilities at district boundaries to reduce travel distances, organizing the staff by tasks such as site survey, modeling, utility research etc. rather than by district, eliminating performing each task sequentially, and increasing the number of field teams.

Effective Quality Control Process: From project inception to the report submittal stage, LAN carried out an extensive, systematic process of check, cross-check, and recheck. To start with, the project team developed a quality control plan specifically for the two assessments and issued it with the project execution plan to all team members at the project kickoff. The quality control process detailed the procedures to be followed, outlined different milestone stages, and indicated specific responsibilities of every team member. Discipline check reviews were conducted on a weekly basis and at every milestone by the discipline leads. Additionally, at every milestone, an intra-discipline coordination review was conducted with all disciplines together to ensure coordination across disciplines. Lastly, before final documents were issued, an independent executive review was conducted by a senior level architect / engineer to ensure all comments were incorporated or resolved. This systematic quality control process and ongoing checking allowed the project team to create more consistent workflows, resulting in reduced schedule time and increased accuracy and consistency.

Thanks to these studies, TxDOT now has a thorough understanding of the various accessibility and arc flash issues in its facilities and the improvements needed to fix those issues. Over the next decade, TxDOT can use the data from these assessments as the basis for budget requests and accomplish its long-term goal of rehabilitating the facilities that support the state’s transportation system. 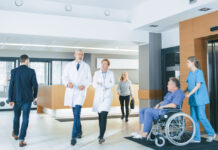 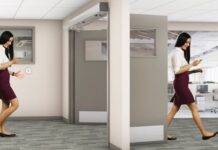