Dutch artist M. C. Escher is well-known for his complicated and mind-scrambling artwork. Three of his most well-known works — Ascending and Descending, House of Stairs, and Relativity — are optical illusions featuring stairs. These impossible scenes of gravity- and logic-defying stairways seem able to exist only in the brilliant mind of the artist who created them. But now, visitors to The Other Place guesthouse in China can experience the artist’s mysterious world in two M.C. Escher-inspired rooms designed by Shenzhen-based Studio 10.

The creative guesthouse located by the Li River in Pingle County, Guilin recently renovated two of its guest rooms to create the pale pink and white Dream room and the forest green and white Maze room. Both rooms feature arched doorways and anti-gravitational stairs – clearly a nod to Escher’s labyrinth-like Relativity lithograph. The stairs either lead to doors which hide the all components from the real world such as lighting fixtures and electronic appliances, or in true Escherian fashion, nowhere.

According to Dezeen, guesthouse owner Feifei Yi asked Studio 10 to design “a creative and otherworldly renovation that would reflect the nature of the hotel as a ‘hideout from the bustling world’, while making the best use of the existing seven-metre-high structure with a pitched roof.”

“After visiting the site for the first time, which was just an unfinished, concrete room, we saw the opportunity to do something special, spatially, as the space was unusually high and felt almost like a chapel. Some obscure thoughts started to emerge,” the studio told Dezeen. “The challenge was in keeping the balance between the practical need of a hotel suite and the illusionary, spatial effect we wanted to achieve.”

If you can’t make it to China for an-person visit, take a tour via the photos below: 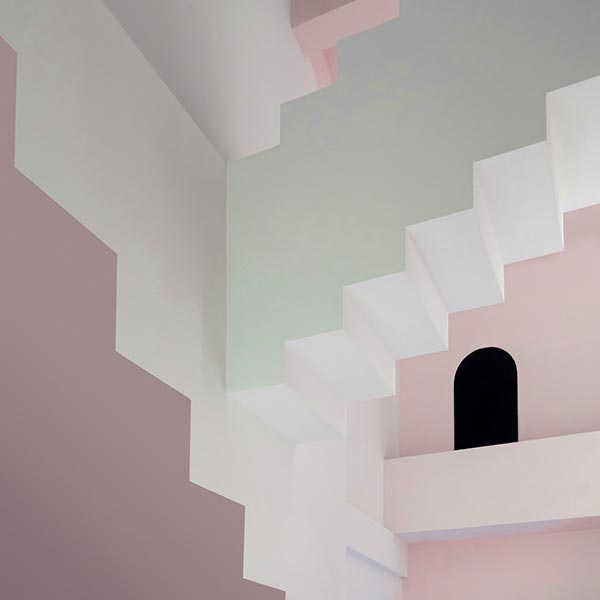 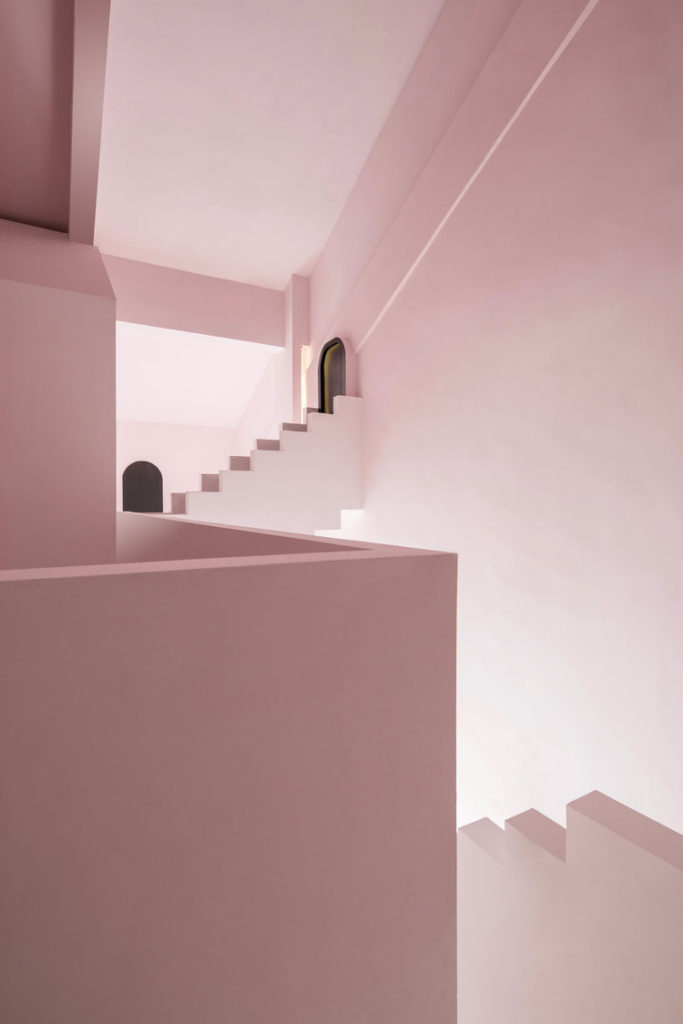 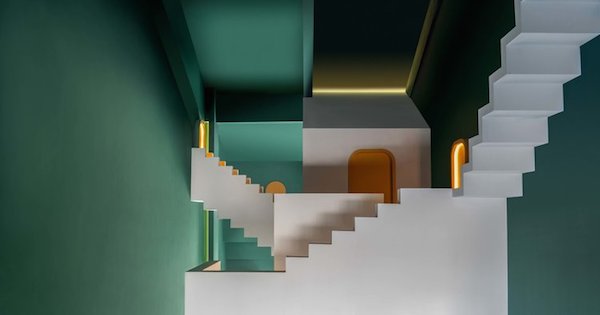 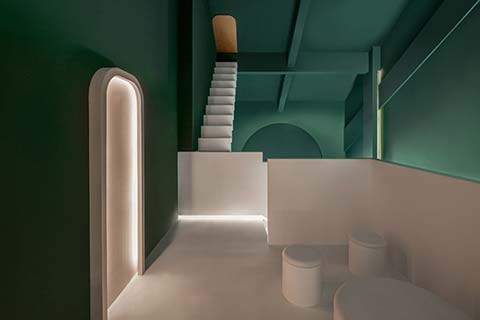 Escher Fan Bonus: If you’re a fan of Escher’s work, and LEGO® (and who isn’t?) you’ll want to check out Andrew Lipson’s website. The self-described nerd has created LEGO® versions of both Escher’s Ascending and Descending and Relativity.