Despite the digitization of the workplace, note taking is an important task where a surprising number of workers still prefer to write on a piece of paper, according to the newly released Mopria Workflow Survey. The survey from the Mopria® Alliance refutes a common assumption that workers overwhelmingly prefer pure-digital workflows, and illustrates balanced preferences between paper and digital media.

According to the survey, 80.5 percent of workers enjoy the feel of pen and paper, and the majority (over 60 percent) still choose to take notes this way as opposed to on a laptop, tablet or phone. Even higher, over 71 percent of note takers believe they are more likely to remember their notes better if they take them on paper, indicating that even those who choose not to take notes on paper recognize that kinesthetic benefit.

“In a world with highly digital workflows, we were surprised to find that such endearment still exists for traditional handwritten notes,” said Greg Kuziej, Chairman of the Board at the Mopria Alliance. “It follows the old saying, ‘the faintest ink is more powerful than the strongest memory’.”

The survey also asked participants what they did with their notes. The findings indicate that in general, workers are split in their preferences on how to store notes. Regardless if they took their notes digitally or on paper, about 57 percent kept them in their original state, while 43 percent converted them from digital to print or print to digital.

When it came to signing documents, the study revealed interesting preferences for the transition between paper and digital media. The traditional method of receiving paper hardcopies for signature and returning those signed hard copies was also the most common, with 43 percent of signers reporting this workflow. Another 26 percent reported that it was common to receive electronic documents for printing, signing, and then re-digitizing through a scanner before returning an electronic copy of the signature. Other methods included receiving an electronic document and returning a hard copy at 21 percent, or receiving print documents and returning the signed copy electronically at 10 percent.

Notably, 73 percent of respondents returning a scanned signature used the office scanner. These results show that workers are most likely to return a signed document in the same medium that they received it in.

“These results show that printing and digitizing paper documents plays a key role in the some of the most common business workflows,” continued Kuziej. “The best way to support these workflows is to make it as easy as possible for employees to print and scan from any device, which can be accomplished by adopting workplace solutions tailored to mobility and employee preferences.” 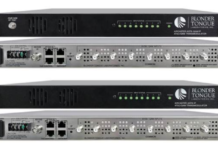 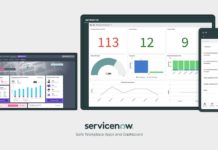