The STAB-iT® II line of electrical boxes from RACO®, part of Hubbell Commercial Construction, are 4-11/16″ square boxes. They feature built-in connectors that make it quick and easy to install flexible armored cable. The new larger boxes provide more room for electrical connections inside the box as well as improvements on the original STAB-iT box design. 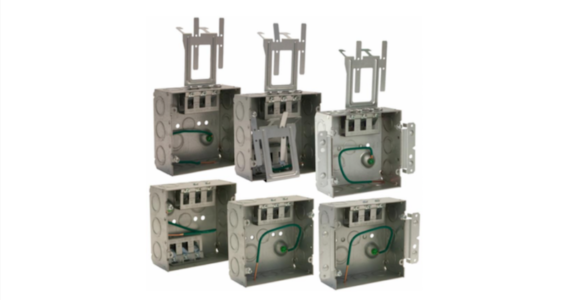 Cables can easily be released, and the connector reused. STAB-iT II products improve on the original design, allowing each cable to be released individually. Each STAB-iT II connector holds three cables, one more than the original STAB-iT clamps. The improved connector also handles larger cables, making it suitable for MC-PCS luminaire cables in smart building applications.

STAB-iT II boxes also include a TKO eccentric knockout on the same side of the box as the cable connector to provide further installation flexibility. The standard 4-11/16″ square steel box size, which is 2-1/8″ deep, offers more space than 4″ electrical boxes. The extra wide opening provides more work area for electricians in applications where larger sized conductors or wiring devices are required.

A variety of options creates a range of STAB-iT II boxes. Users can select from six models that include one or two STAB-iT II connectors with a number of knockout options, plus built-in cable management clips and stud mounting bracket options. Each box includes a raised ground with pre-installed 8in solid #12 copper pigtail suitable for use without a bonding jumper in circuits up to 600V. 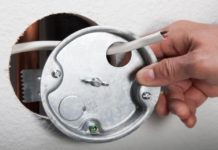