Universal Lighting Technologies, Inc., a member of the Panasonic Group, announced the expansion of its PW and PWX (pictured) Series of wirelessly programmable EVERLINE LED drivers. For indoor lighting applications, such as open office spaces and conference rooms, the new compact can size is suitable for small form factor linear luminaires and recessed downlights. 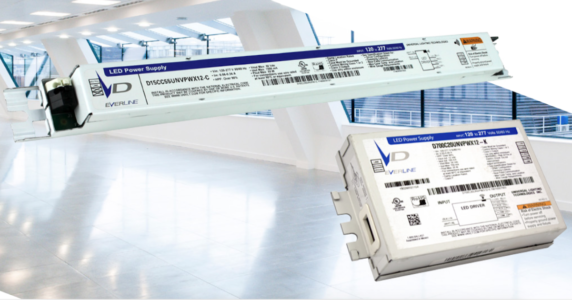 The compact can PW and PWX drivers are UL Class P listed, and available in 20 watt, 30 watt, and 55 watt power levels. Both drivers feature 0V to 10V dimming with minimum dim level below 1%. Additionally, the PWX drivers feature low (<0.5 watts) standby power consumption when in the dim-to-off state and provide 1.2 watts of auxiliary output power at 12Vdc or 24Vdc.

“There is a growing market for controllable lighting that does not need the full feature set of a digital LED driver,” said Kevin Boyce, director of product management for LED Drivers at Universal Lighting Technologies. “By expanding our portfolio to include compact can sizes we now offer even more options of programmable drivers from linear luminaires to compact downlight luminaires.”

The PW and PWX Series of LED drivers allow custom configuration of lumen levels and dimming curves for OEM customers’ needs through programmable features including output current, dimming level, dimming curves, and dimming control voltage. The PW and the PWX Series drivers can be programmed quickly via Universal’s EVERset™ software and tuning wand. 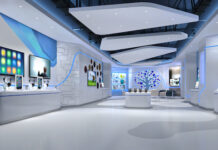 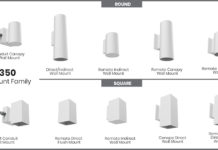 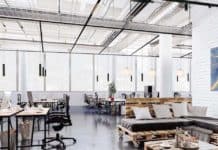