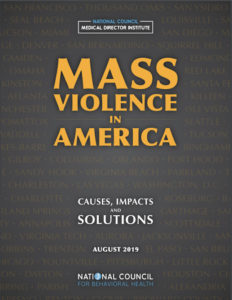 The report examines existing data and expertise on mass violence and makes recommendations, including:

“Mass violence is a community wide problem that demands a community wide solution,” said Joe Parks, M.D., co-chair of the Medical Director Institute. “While there is no single solution to mass violence, the report outlines a multifaceted community response that is required for addressing this large-scale and growing national issue.”

With the release of this report, inaction on mass violence is no longer an option, according to Chuck Ingoglia, president and CEO of the National Council for Behavioral Health.

“For many law enforcement officers, clinicians, teachers and others, a lack of knowledge has prevented them from developing a coordinated plan to prevent mass violence,” said Ingoglia. “Previously, we have done our best to prepare for the aftermath. With this comprehensive plan, we finally have a roadmap to preventing and reducing it.”

Reducing the frequency of mass shootings and violence does not lie with one group or entity, concludes the report; it requires cooperation among multiple national systems and institutions, including the healthcare, law enforcement, judicial, correctional and school systems, as well as government and community leaders and officials. 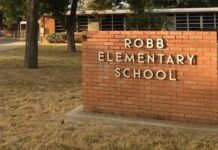 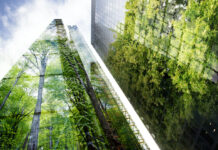 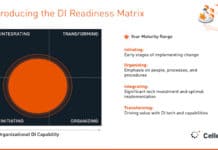