Showing up late, cooking stinky food, making too much noise, and talking about touchy subjects are all behaviors that are considered NSFW (Not Suitable For Work), according to a new Workplace Do’s and Don’ts Study. Conducted by Kelton Global on behalf of National Business Furniture (NBF), the study revealed American workers’ top workplace behavior pet peeves.

The study found that the majority of American workers (77 percent) think their co-workers could behave better in the workplace, and that their colleagues’ behavior is negatively impacting productivity and morale. It also examines how workplace behavior affects workers’ attitudes, their connectivity with colleagues, and their work environment. More than half (58 percent) of those surveyed said that improving employee conduct would improve their attitude and make them want to spend more time in the workplace.

The study revealed that the following are top workplace behavior pet peeves:

Too Close For Comfort?

These annoying habits are causing anxiety for workers, and preventing them from interacting with co-workers: 45 percent said they don’t feel comfortable and accepted in their workplace, and 25 percent avoid communal work spaces so their colleagues’ behaviors won’t affect them. One out of five (16 percent) say that they work remotely as much as possible to avoid their co-workers’ misconduct. 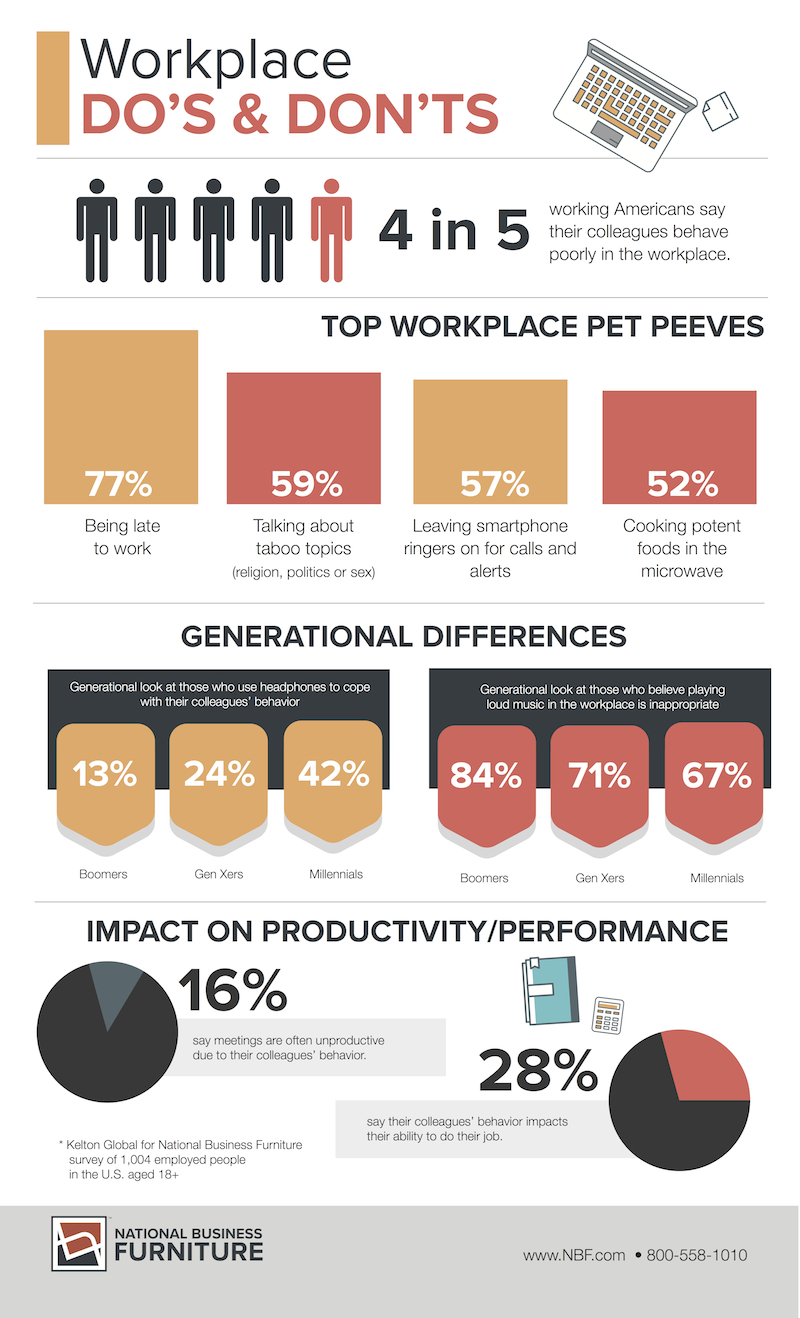 Workers are managing to find ways to cope with these challenging behaviors, according to the study: