News from The National Academies of Sciences, Engineering, and Medicine
From the October 2019 Issue

A new report released by the National Academies of Sciences, Engineering, and Medicine estimates that 52,000 to 70,000 Americans suffer from Legionnaires’ disease each year, an incidence rate about 10 times higher than the number of reported cases, which do not capture all who contract the disease. Published in August 2019, the report titled “Management of Legionella in Water Systems” also states that currently there is an absence of regulations that can broadly control the presence of Legionella in water systems.

Studies worldwide have shown increasing incidence of Legionnaires’ disease. In the United States, the reported incidence increased more than fivefold from 2000 to 2017, likely due to multiple issues, including an increasing share of the population with health vulnerabilities (including the elderly and immunosuppressed), more people living in cities served by aging and centralized water systems that include cooling towers, and newer and easier ways to test for the disease, among other factors, the report says.

“A range of approaches can and should be used to better protect the public from Legionella bacteria,” said Joan Rose, chair of the committee that wrote the report, and Homer Nowlin Endowed Chair of Water Research at Michigan State University in East Lansing. “These include ensuring that hot water temperatures in buildings are high enough, requiring a minimum level of disinfectant in public water systems, and offering homeowners more guidance on how to prevent Legionella. We hope our report serves as a road map to help policymakers and others take action.”

Inhaling Legionella can cause either classic Legionnaires’ disease—marked by fever, cough, shortness of breath, muscle soreness, and sometimes gastrointestinal, neurologic, or mental symptoms—or a milder flu-like condition, Pontiac fever. Between 3%-33% of Legionella infections lead to death.

The Legionella bacteria that cause these illnesses grow inside amoebae that are part of biofilms—thin layers of microbes that coat wet surfaces. Biofilms can form in drinking water distribution systems and plumbing systems and associated faucets and showerheads, cooling towers, hot tubs, and fountains. Conditions that promote the growth of biofilms and Legionella include warm temperatures, stagnant water, lack of chemical disinfectants, and presence of nutrients in water because of pipe corrosion.

The federal Safe Drinking Water Act (SDWA) does not provide any substantial control of Legionella in water systems, the report says. Although the SDWA requires that public water supplies be treated with disinfectants to kill microbes, the disinfectant may not extend into building plumbing downstream of treated public water systems, which leaves these buildings vulnerable to Legionella growth. Two federal agencies, along with New York City and New York State, have attempted to control Legionella in certain buildings and cooling towers under their purview, but most buildings and private residences are not protected by regulations. Building and plumbing codes were not written to control Legionella, although they could be modified to do so.

More uniform protection of public health is needed from Legionella in building water systems, the report says. It calls for a range of actions to combat the growth of bacteria, including the following:

For all buildings, hot water heater temperatures should be maintained above 140°F and hot water temperature to distal points (point of connection to a fixture such as faucet, showerhead, or thermal mixing valve that blends hot and cold water right before reaching the tap) should exceed 131°F. Maintaining water temperature outside Legionella’s preferred growth range is the main control strategy, proved successful by multiple field studies. These temperature requirements could be codified by changing building and plumbing codes or by modifying the Centers for Medicare and Medicaid Services (CMS) memo affecting healthcare facilities.

Low-flow fixtures should not be allowed in hospitals and long-term care facilities, due to these buildings’ high-risk occupant populations. Low-flow fixtures have been promoted to conserve water and sometimes energy, but these fixtures increase water stagnation and reduce disinfectant levels, presenting a greater risk for Legionella.

Criteria for certifying green buildings and energy and water conserving features should be modified to take into account risk factors for growth of Legionella in building water systems. Green buildings have exacerbated problems with Legionella by lowering hot water temperatures and by lengthening the amount of time water sits in pipes, which leads to a decrease in disinfectant and associated biofilm growth. Water conservation can still be potentially achieved while protecting health if the water is more deliberately managed to prevent stagnation (e.g., through routine flushing of a target fraction of the water use.)

Cooling towers should be registered and monitored. Building- and industrial-scale cooling towers—which remove heat from recirculating water used in water-cooled chillers, heat pumps, and other HVAC equipment—have been implicated in many Legionnaires’ outbreaks. These towers may generate bacteria-laden aerosols that drift away from the facility and are inhaled by people in the building or by passersby. Cooling tower registries allow for rapid public health response to clusters of Legionella cases, including timely remediation of sources of infection.

A minimum disinfectant level should be required throughout public water systems, along with monitoring for Legionella. EPA should require a minimum level of disinfectant in public water systems and validate that the treatment is working by routine monitoring for Legionella. Monitoring could focus on warm-water conditions and be triggered when water temperatures consistently exceed 68°F (20°C).

In addition, the report asserts education is needed for those designing water systems, overseeing municipal water supplies, and developing and implementing plumbing codes, as well as for those in government. And well-funded studies in multiple jurisdictions could determine the most common sources of sporadic Legionnaires’ disease, critical to reducing the rising rates observed over the last 20 years.

The study, undertaken by the Committee on Management of Legionella in Water Systems, was sponsored by the Centers for Disease Control and Prevention, U.S. Department of Veterans Affairs, U.S. Environmental Protection Agency, and the Alfred P. Sloan Foundation. The National Academies (www.nationalacademies.org) are private, nonprofit institutions that provide independent, objective analysis and advice related to science, technology, and medicine. A four-page consensus study report focused on report highlights can be downloaded here. 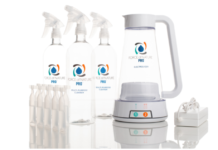 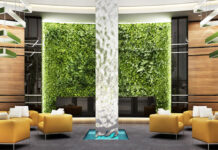 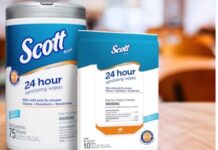