From the December 2019 Issue

It is not news to anyone in the industry that come 2020, the R-22 refrigerant phaseout in the United States will be complete. What may be a bit less certain is what happens next, and how businesses can minimize the impact and reduce the risk of operational disruption. R-22 supplies are limited, and prices could potentially increase significantly. Still, the cost of the R-22 components is hard to anticipate and could trigger full replacement of the majority of existing RTUs (rooftop HVAC units). 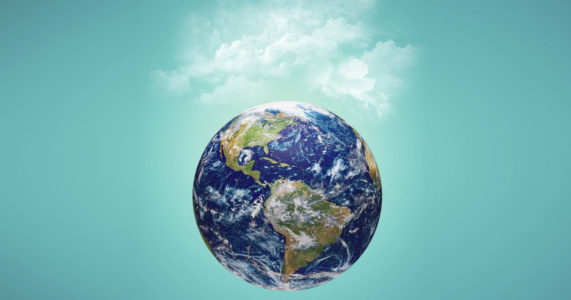 In order to fully appreciate the challenges that lie ahead, we must first look back. In 1987, the Montreal Protocol, a United Nations treaty, was signed by 24 countries and by the European Economic Community. Since then, nearly every nation on earth has ratified the treaty. It was originally an agreement to reduce the manufacture, import, export, and consumption of substances that deplete the ozone layer. Chlorofluorocarbons (CFCs) and halons were the first identified worst offenders. Then refrigerants known as hydrochlorofluorocarbons (HCFCs) were added, which included R-22, the world’s most widely used refrigerant.

Commercial response to the R-22 phaseout. Since the U.S. Environmental Protection Agency (EPA) first mandated R-22 reductions in 2010, businesses have been grappling with the imminent final phaseout. The phaseout in the 1970s and 1980s, and the final ban of R-12 (R-22’s cousin) in 1995, spiked the price of this ozone-depleting substance that had been standard in almost every automobile air conditioner. According to Alec Johnson¹, IT business analyst and owner of RefrigerantHQ.com, serious stockpiling of R-22 began in 2014-2015 in anticipation of a similar outcome, and prices rose steadily.

Consequently, after the 2015 phaseout milestone took effect, prices did indeed soar. So much, in fact, that by 2017, R-22 prices rose from around $10 per pound to approximately $23 per pound, or about $700 for a 30-pound cylinder. Unexpectedly, however, the price dropped by half in 2018 to a mere $350 per 30-pound cylinder, or about $11.50 per pound. It has risen only slightly since then and is now selling for about $400 per 30-pound cylinder, or a little over $13 per pound. While still more expensive than its HFC replacement refrigerants, R-22 prices have leveled out but the availability of R-22 components is also creating new pressure on prices. Industry experts have suggested that, over time, servicing will become very expensive (even if the price of R-22 stays steady) because EPA requirements for handling controlled substances requires specialized education and certifications.

Impact on buildings. So, what does this coming ban mean for buildings? Replacement of HVAC units or refrigeration equipment involves huge capital expenditures. That’s why Efficiency-as-a-Service providers work with customers to evaluate the risk to their real estate portfolios and design a strategic plan for proactively replacing units. This helps companies minimize the impact of emergency repairs and reduce the long-term maintenance costs across their real estate portfolio, both for equipment and labor.

For example, my firm, Redaptive, an energy efficiency services provider, worked with a customer with thousands of U.S. retail banking locations. They took stock of the age and condition of their buildings’ RTUs and priority-ranked the riskiest assets. The analysis showed that 15% of RTUs were past expected useful life. Additionally, it turned out the vast majority, or 70%, of the units were still using R-22, presenting a significant liability for future maintenance expenses. The company replaced nearly 600 units across 300 facilities, reducing downtime by approximately 30%. As a result, the customer expects to save an estimated $8 million on ongoing maintenance. As the final phaseout date looms, some organizations, like United Airlines², are also ramping up company-wide initiatives to replace air conditioning units.

Only time will tell how pricing and availability will shift with the R-22 ban. Those who proactively replace are likely to not only insulate themselves from potential risk, but will also reap the benefits of more efficient HVAC and lower energy bills. Here are three ways to prepare for the R-22 ban:

Schinter is executive vice president of client solutions at energy efficiency solutions firm Redaptive. He has more than three decades of experience in optimizing energy solutions for utilities, telecommunications, and commercial real estate portfolios, including tenure with AT&T, Exelon, Bank of America, and JLL. At AT&T, Schinter led the group responsible for the operational strategy and execution of programs for energy, carbon, water, and waste across the enterprise. Prior to AT&T, he was founding President of the global energy and sustainability services line of business for JLL.

Want to read more about HVAC?

Check out all the latest facility management news related to HVAC Systems.