Monday mornings can be challenging enough without walking into your office and finding it trashed, with an uninvited guest lurking behind your computer.

But that’s exactly what happened to Bree Blakeman earlier this week. Blakeman works as a research fellow at the Australian National University (ANU) in Canberra. She arrived at her office Monday morning to find Aboriginal bark paintings and maps strewn across the floor and books that had fallen from shelves. There was also a hole in the office’s ceiling, with dislodged tiles below. (A clue!)

Soon, Blakeman realized that her office hadn’t been broken into by a human intruder, but that she did have a visitor. A very cute, furry visitor.

“It wasn’t until I went to check my computer on the far side of the room that I noticed a fluffy little face staring at me from behind the computer,” Blakeman told Buzzeko News. “And that’s when I also noticed the toilet droppings and urine everywhere too. It all made sense.”

The intruder? A common Australian brushtail possum, which had made its way into the office through the roof. (Not to be confused with an American-style opossum, see photo below.)

“It seemed resigned and of course a bit shy and scared. Going by the number of books that had fallen from the shelves I think it must have tried to climb up the shelves to get up through the ceiling again a number of times. So I think it was a bit exhausted too,” Blakeman told Buzzeco.

“I gave it some water, a piece of carrot, and a few kind words before closing the door and calling the relocation people. It wasn’t uncomfortable for me at all. It was very sweet,” she added.

While she waited for help, Blakeman did what most of us would do if a possum fell through our office ceiling and was hanging out on our desk: She posted a photo of the charming creature on Twitter. 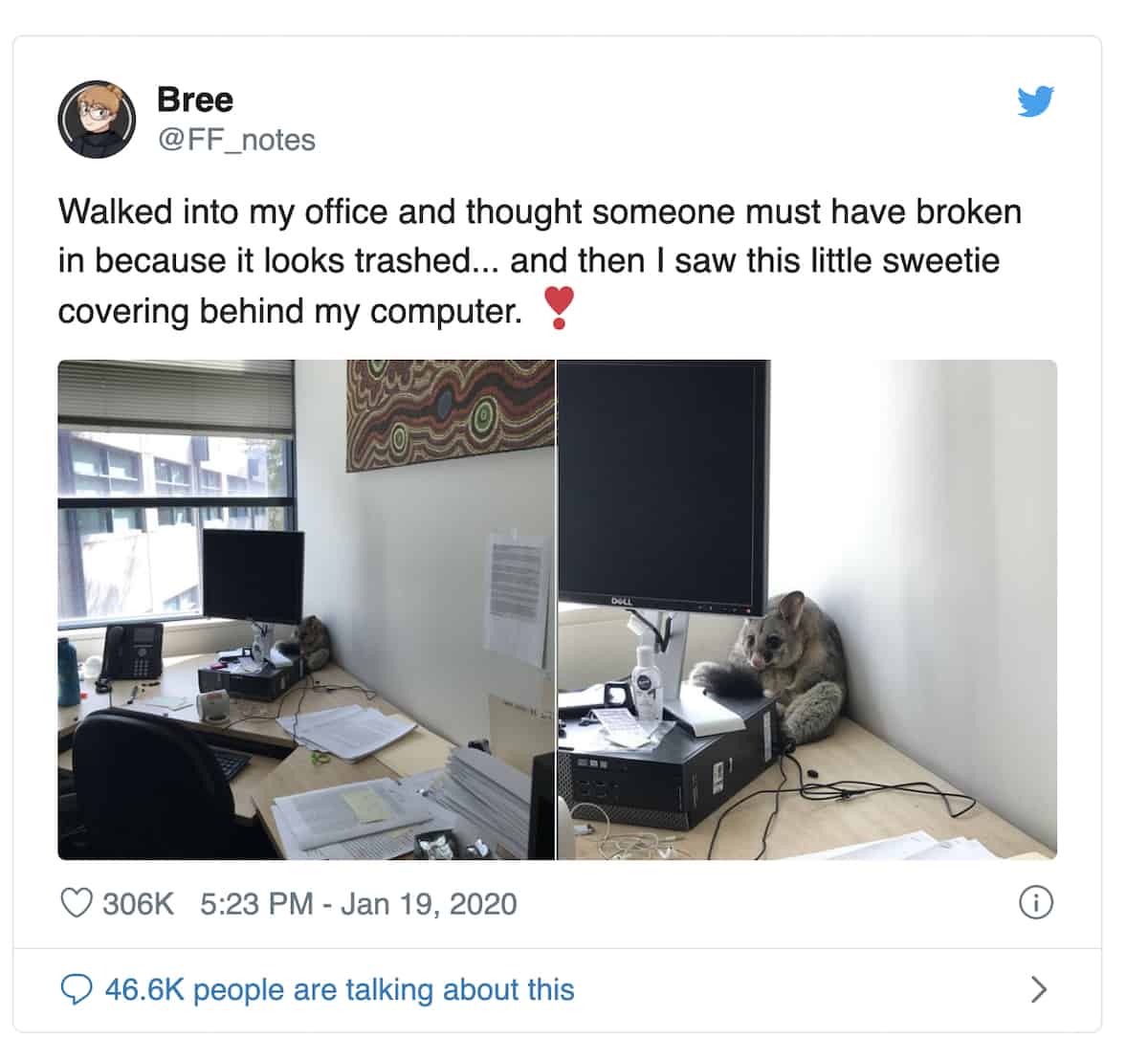 Which, of course, led to some meme-worthy responses. 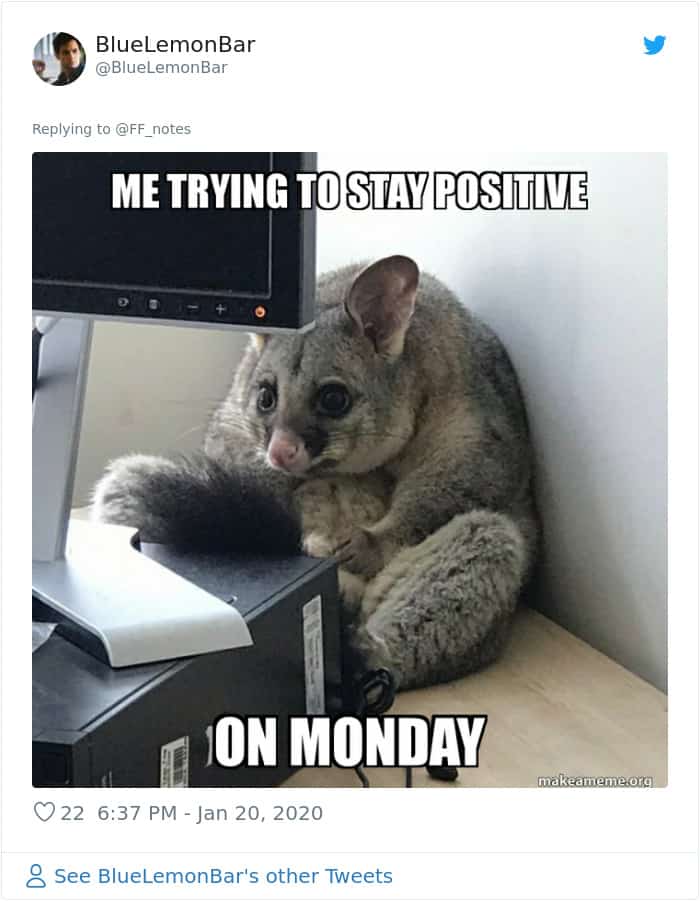 Finally, help arrived and placed a “little possum box and some fresh fruit” in Blakeman’s office, in hopes of safely trapping and relocating the creature. And so, the wait began…

Due to Australia’s wild weather, the ANU campus was closed after Canberra was hit by a severe hail storm. More than 80 buildings were damaged, including windows, awnings, skylights, and a glasshouse, and minor flooding impacted some facilities. These conditions hampered efforts to evacuate the possum, and the next day it still occupied the office.

Finally, on the morning of January 22, there was progress to report: the possum left Blakeman’s office on its own, presumably the same way it came in.

“I just received an email to say that possum has made its own way out of the room! After a rest and a snack it must have managed to climb back up through the hole in the ceiling,” Blakeman shared with Buzzeko News. 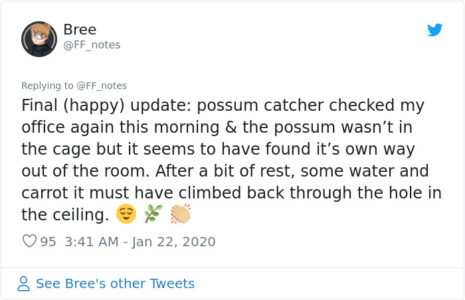 As of her last report, Blakeman’s office was still a mess. There’s probably a lot of possum poop and pee to clean up, and she was concerned about possible damage to possessions being stored in her office by a colleague.

Blakeman was also concerned about the animal’s wellbeing: When speaking to Buzzeko News, she urged people to donate to charities that help rescue Australian wildlife. 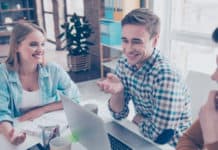