Home to countless on-screen romances and real-life weddings and proposals, the Empire State Building has become synonymous with love. After 25 years of hosting wedding ceremonies and vow renewals on Valentine’s Day, this year, the building will reinvent its tradition and offer the chance for two people (married or not) to celebrate their relationship with a memorable evening in the heart of New York City.

The Empire State Building, in partnership with iHeartMedia New York has launched a national contest to provide one couple with the “Ultimate Valentine’s Day Date”‘ at the World’s Most Romantic Building. From January 20 through February 7, interested entrants can visit www.litefm.com, or listen to 106.7 LITE FM for a chance to win a trip to New York City and an all-access visit to the Empire State Building.

The lucky couple will be whisked behind the scenes through a VIP entrance and into the Celebrity Green Room, which has welcomed stars like BTS, Mariah Carey, and others. Provided with a personal guide, the winners will skip all the lines on a private, curated tour of the iconic landmark, complete with insider information and fun facts. After exploring the immersive exhibits on the second and 80th floors and experiencing the floor-to-ceiling window views from the recently-opened 102nd Floor Observatory, the couple will then be escorted to their own private area on the world-famous 86th Floor Observatory where they will enjoy an exclusive three-course dining experience 1,050 feet above New York City, provided by STATE Grill and Bar. Travel and hotel accommodations will be provided to the lucky lovebirds.

Soaring 1,454 feet above Midtown Manhattan (from base to antenna top), the Empire State Building, owned by Empire State Realty Trust, Inc., has also been dubbed the “World’s Most Famous Building.” Recent investments in energy efficiency, infrastructure, public areas and amenities, have attracted tenants in a diverse array of industries from around the world. The Empire State Building was recently named the world’s most popular travel destination in a study conducted by Uber and was named America’s favorite building in a poll conducted by the American Institute of Architects. 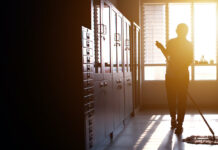 Is Your School Custodian At The Head Of The Class? 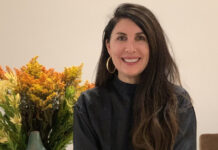