This article from New Pig shares insight for facility management teams to ready their facilities and people for hurricanes, and other extreme weather including tornadoes and floods. Located in Tipton, PA, New Pig is a provider of absorbent mats, socks, booms, pillows and wipers, as well as award-winning spill control and liquid management products to the facilities industry and others.

How to Prepare for Major Storms and Weather Events

The greatest expense for companies after a natural disaster is the disruption of operations while attempting to salvage, reboot and replace equipment, typically with limited employee support as they can be occupied with personal matters.

We regularly receive calls from facility managers who have a major storm approaching and worry about damages to their facility, equipment and materials. In fact, we recently talked to a customer who was warehousing computer hardware and was concerned about a hurricane on the way. Sure enough, his roof started leaking once the storm hit, but he avoided damages and downtime by preparing ahead and purchasing leak diverters to keep water from hitting the new computers and other valuables.

Without proper planning, many corporations are left vulnerable to disasters and costly downtime, which is why contingency and business continuity planning are so important.

Companies in the United States need to evaluate their risk of major storms, including hurricanes, tornadoes and tsunamis. The storms your facility needs to prepare for depend on where you are located. Keep in mind that flooding is a universal risk that can result from severe storms in almost any region of the country.

Check out the maps below to determine what storms could affect your facility, then keep reading to learn more about specific weather events you could experience. (Click to make each map larger.) 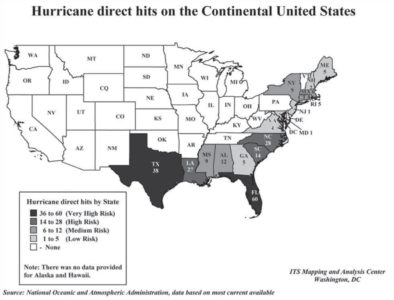 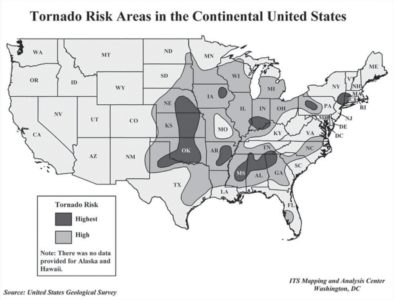 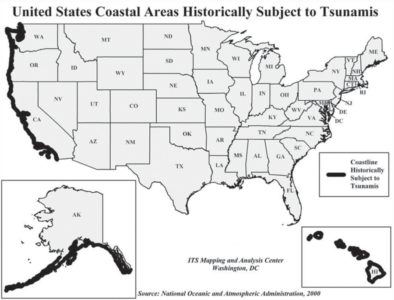 Hurricanes are a type of tropical cyclone with severe thunderstorms and winds that can exceed 155 miles per hour. They occur most often in the Atlantic and Gulf of Mexico coastal regions, but can also happen in the southwestern United States and along the Pacific coastlines. The Atlantic hurricane season runs from June to November, with peak season of mid-August to late October.

The torrential rains and high winds of a hurricane can cause widespread destruction. Hurricanes can also cause flash flooding, mudslides, landslides and flooding on rivers and streams. Flooding may last for several days or weeks after a storm.

Hurricanes are classified using the Saffir-Simpson Hurricane scale, which has five categories. Categories three through five are considered “major hurricanes,” although all five categories are dangerous. 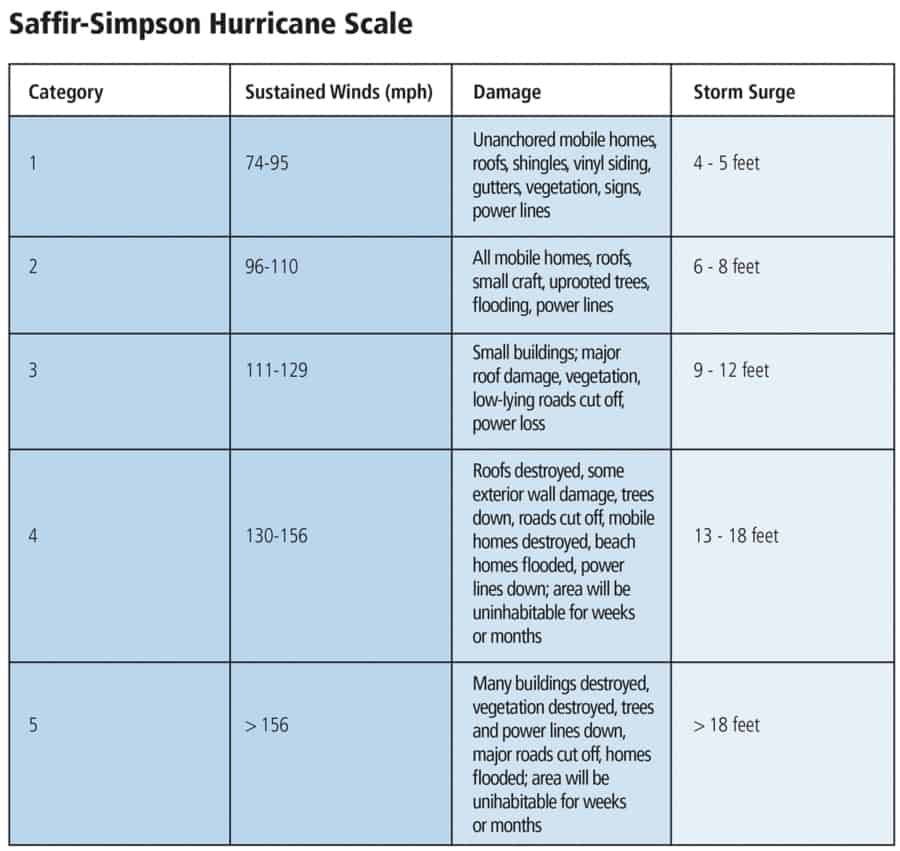 Hurricane Warning: When conditions are expected within 36 hours. Complete your preparations and leave the area, if instructed.

Hurricane Watch: When conditions are a threat within 48 hours. Review your plan and begin making preparations.

Storm Tide: A combination of a storm surge and the normal tide.

Tropical Depression: Clouds and thunderstorms with sustained winds not exceeding 38 miles per hour.

Read the rest of this article from New Pig…