Boston Children’s Museum has announced that the iconic Milk Bottle located outside its doors will undergo a major renovation to the structure’s facade and infrastructure with the support of MA-based dairy manufacturer HP Hood.

The Milk Bottle was built in 1934 by Arthur Gagner of Taunton, MS, to dispense the homemade ice cream he produced. Standing 40 feet tall and weighing in at 15,000 pounds, the Milk Bottle was one of America’s first fast-food drive-in restaurants and an authentic example of the “Coney Island” style of architecture. If real, it could hold 58,620 gallons of milk.

“We are thrilled that the iconic Milk Bottle will be getting a much-needed facelift. It has been a meeting place and beloved landmark outside Boston Children’s Museum for 43 years,” said Carole Charnow, the museum’s President & CEO. “We are grateful that HP Hood is our partner and greatly value our long-term relationship with them.”

The Milk Bottle stood as a landmark on Route 44 in Taunton, MA until it was abandoned in 1967. It was left in disrepair for years until Hood purchased the deteriorating structure, rescuing it from oblivion. Hood had the Bottle refurbished and donated it to Boston Children’s Museum. In 1977 the Milk Bottle was placed aboard a barge for its “Great Bottle Sail” through Boston Harbor to the Museum Wharf, now Children’s Wharf at 308 Congress Street, where it serves as a destination landmark delighting millions of people from around the world and the city of Boston.

“Hood is proud of our longstanding partnership with Boston Children’s Museum and look forward to the restoration of the iconic Milk Bottle,” said Lynne Bohan, vice president of communications at HP Hood.

In Fall 2006, the bottle was “uncapped” — its original top half was sliced off and preserved — so that its base could be moved slightly and rebuilt on the new Milk Bottle Plaza. A renovated bottle was put back in place and officially re-dedicated by Boston Mayor Menino on April 20, 2007 — 30 years to the day after it was moved to Children’s Wharf.

South Coast Improvement Company is the general contractor renovating the Milk Bottle which should be completed in approximately 120 days.

Want to read more about renovation and project management? 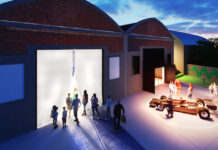 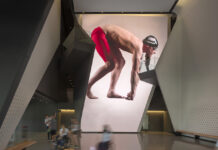 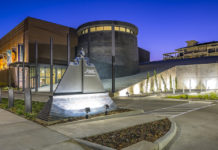