In New Jersey it is a rite of passage that each summer you pack up and head for the shore. For those looking for a luxury retreat at the only full-service spot overlooking the Atlantic in Ocean City, staying at the Flanders Hotel just got even cooler. The hotel recently completed more than $10 million in renovations, revamping almost every portion of the hotel and adding 21 new suites, including five new million-dollar penthouses on the roof.

However, for the Flanders, this expansion created major issues for the building’s HVAC system’s cooling tower which was now undersized and at the end of its service life. The old metal-clad tower struggled to provide the needed cooling to allow the air conditioning system to fully cool the 117 luxury multi-room suites. 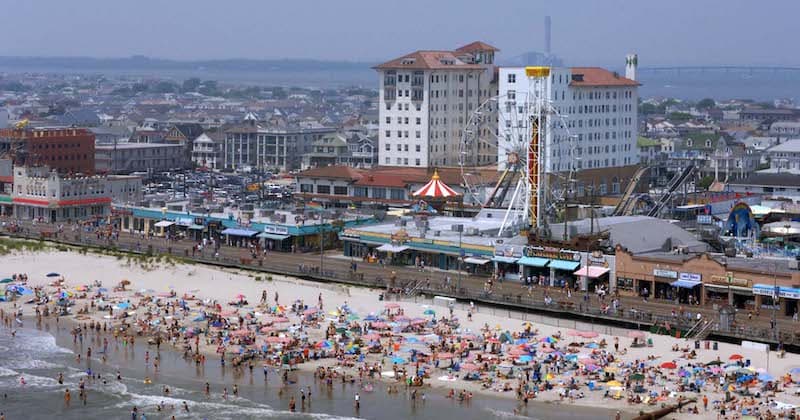 “It was a nightmare,” says Peter Voudouris, Director of Operations at the Flanders Hotel. “We were getting complaints about the lack of A/C in many of the rooms, and some of those guests were spending up to $1,400 a night for the penthouses.”

Ensuring the comfort of their guests, which exceeds 100,000 annually, became a top priority for the hotel. As part of that, Voudouris hired a mechanical engineering firm to help find a replacement for the metal tower which had become very maintenance intensive and developed a number of leaks after years of sitting in the corrosive salt air.

“They suggested we replace the metal tower with another, larger metal tower, but I felt very strongly that it would only create the same problems for us,” says Voudouris.

Making matters even worse was that in order to upgrade to the larger metal tower, the engineering firm was going to require the hotel to re-pipe almost the entire hotel going from 4-inches up to 6.

“You’re talking about adding about $450K onto the project. It would have been cost prohibitive for us,” says Voudouris. “I just felt there had to be another way.”

With a half a million-dollar incentive, Voudouris began researching all possible options and came across a metal tower alternative constructed out of high-density polyethylene (HDPE). Pioneered by Delta Cooling Towers in the 1970s, the engineered plastic towers are impervious to corrosive environments and require fewer expensive water treatment chemicals as well as less downtime for repair or replacement. 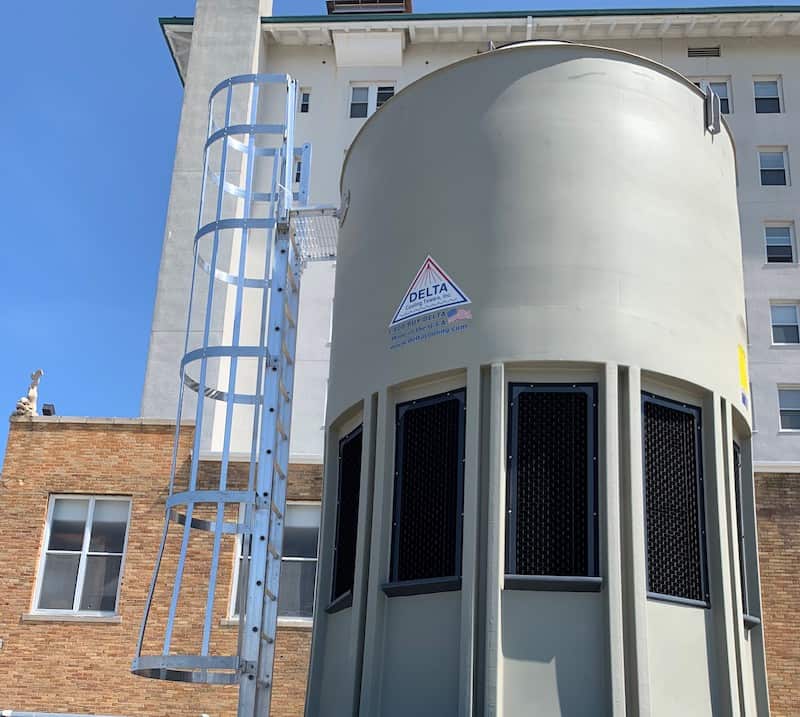 Voudouris contacted Marty Previtera, a regional manager at Delta Cooling, who after reviewing the specs, was convinced that the hotel could use the HDPE towers and not have to re-pipe the entire building.

“We worked with the hotel and its engineering firm to come up with a novel solution that would allow the return temperatures from the cooling towers to fall within the allotted temperature range and therefore not have to re-pipe the building,” says Previtera.

“I don’t think I would have ever got this done without him,” adds Voudouris.

While helping the hotel reap a huge savings was a significant factor, there were several additional concerns that Voudouris’ board of directors were concerned about when it came to cooling towers. One of the major factors was guest safety.

While the area had never had an outbreak of Legionnaires Disease, the topic has become a major topic of concern for the Hotel & Motel Association that Voudouris belongs to. Legionnaires Disease is caused by exposure to legionella bacteria which, along with other microbial health threats, often proliferate in cooling towers. 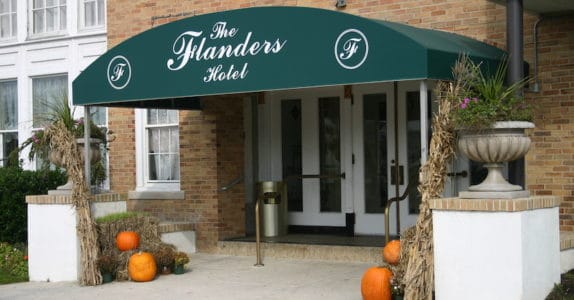 “Our old tower was a breeding ground for pathogens and other microorganisms, and we were very worried that it could cause a health threat to both the guests and our staff,” says Voudouris.

A major benefit to HDPE is that unlike metal, plastic can be manufactured with special antimicrobial resins that are fully compounded into the base cooling tower structural material as well as the casing, fill and drift eliminator – effectively inhibiting harmful microbial growth.

In fact, Delta had just recently developed a new antimicrobial cooling tower option that minimizes the risks of legionella and other health hazards that frequently thrive in cooling tower systems.

“Keeping our guests safe and reducing our liability risk was a major concern,” add Voudouris. “And the city was actually very pleased that the tower would help prevent legionnaires, and I believe that helped with my permits.”

Another issue for the board was cutting into the energy bills that were high and continued to go up. That was due in part to the fact that the old cooling tower was inefficient, and because it was undersized had to operate at maximum capacity 24 hours a day. 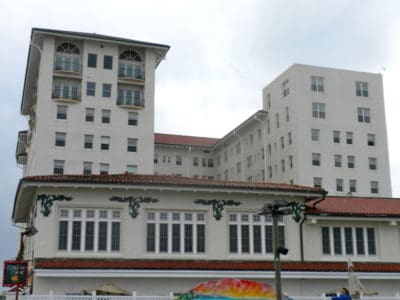 “Not only does the Delta tower design maximize cooling, but their direct drive air moving system which includes a VFD (variable-frequency drive) fan motor provides significant cost savings on electricity,” adds Voudouris. “After having the tower up for almost a full year, I can tell you right now our energy bills are way less.”

The hotel selected Delta’s Paragon induced draft, counter flow cooling tower design with 250 cooling tons. The corrosion-proof shell comes with a 20-year warranty and because it is factory assembled, HDPE towers can be installed in 1-2 days (instead of weeks or more) further reducing expenses.

The Flanders Hotel had the HDPE tower installed just before Memorial Day 2019, and according to Voudouris for the first time in a long time, all the rooms, from the ground floor to the penthouses, were very cool.

“The bottom line is our guests immediately could tell a difference,” concludes Voudouris. “They let us know how much better it was and just how great their stay was. Honestly, I think it is going to impact us in a big way this summer and we are expecting it to increase reservations.”

Greg Rankin is a Houston-based freelance writer with more than 20 years of experience writing for the HVACR, processing and mechanical engineering industries. 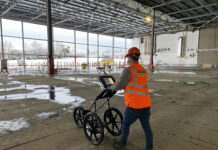 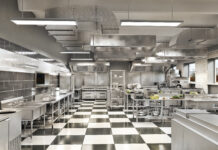