thyssenkrupp Elevator will provide six of its revolutionary moving walks for a 1,000-foot pedestrian bridge being built on United Shore’s 1.5 million-square-foot Pontiac, MI campus, home of wholesale mortgage lending company UWM. When completed, the pedestrian bridge will be the longest in the U.S. Final installation of all six iwalks is expected in 2021. 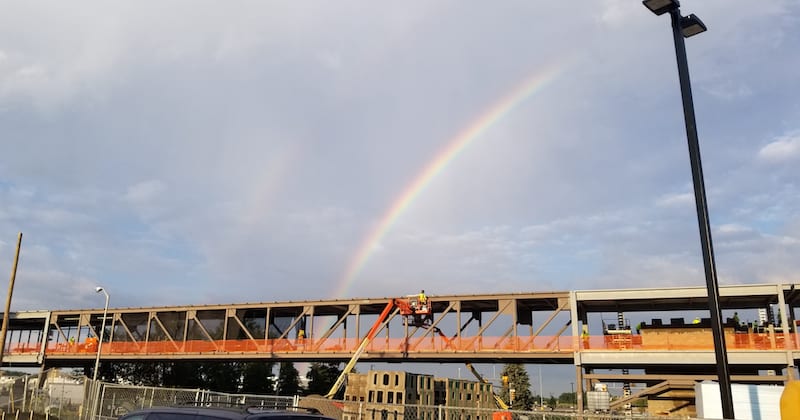 Four of the iwalks are 200 feet long and two are 150 feet long to cover the bridge length. The six surface-mounted iwalks will be installed on the slab of the bridge but will look flush with the final walking surface. The units also feature a sleep mode function to save energy when there are no passengers on the moving walks and can monitor how many people it is carrying and adjust power usage accordingly.

The general contractor on the project is Troy, MI-based The Alan Group.

“This is truly an ideal partnership – a pedestrian bridge unlike any other in the United States with moving walks unlike anything else out there,” said Kevin Lavallee, President and CEO of thyssenkrupp Elevator North America. “iwalks have revolutionized the moving walkway as these units can fit anywhere and can be installed and removed quickly to meet specific building and traffic needs.”

iwalks are a cutting-edge solution to the challenge of transporting passengers and objects. With 30 percent less weight compared to conventional solutions, iwalks have changed the way that moving walks are developed, manufactured, and installed. The modular, compact design is tailored to fit the evolving requirements of space, with reduced weight and outer dimensions to produce thinner floors, requiring less building space while offering enhanced convenience and comfort of passengers due to a wider pallet. 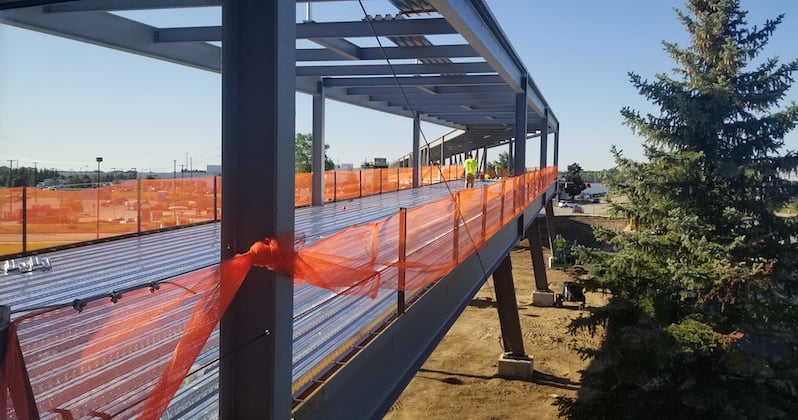 Other worldwide installations include 13 iwalks at Heathrow Airport in London and 28 iwalks at Kuala Lumpur International Airport in Malaysia.

Want to read more about facility management and exteriors?

Check out all the latest facility management news related to building envelope and exteriors topics.