As the COVID-19 crisis continues and colder weather arrives in much of the U.S., a new survey fielded by Delos has revealed widespread concerns about the readiness of public spaces. Nearly two-thirds (61%) of Americans surveyed were not confident, or only slightly confident, that public spaces have the guidance needed to open safely, and 58% said they will not feel comfortable in shared spaces until at least six months from now, if ever. 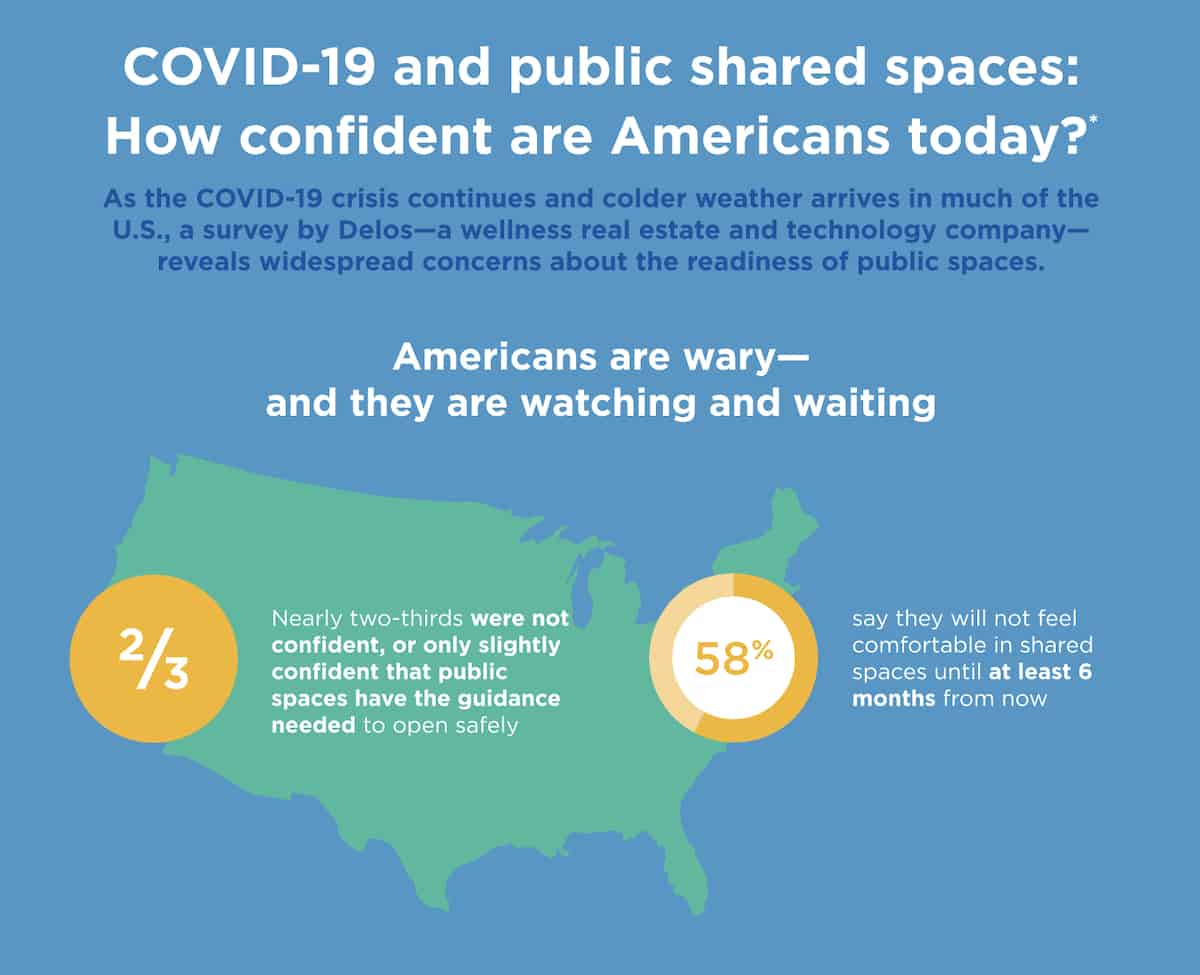 Roughly seven in 10 of the surveyed Americans (68%) are thinking more about the safety of shared spaces now than before the pandemic, according to the study, which was undertaken to provide a better understanding of public attitudes and the measures that managers can take to improve public confidence in health safety. Americans today continue to be wary of public spaces—with 56% being at least somewhat uncomfortable being in shared spaces, while only 44% report having some level of comfort.

The Delos survey of more than 1,100 Americans adults found that 83% would feel at least a little more confident in a publicly shared space if they knew it received a third-party health safety certification. Following the rules around social distancing is also a potential confidence booster. For an overwhelming majority of respondents (81%), enforced social distancing policies were an important factor in making public spaces safe again.

“Consumer confidence is key to reopening businesses and getting back to a more ‘normal’ way of operating,” said Paul Scialla, founder and CEO of Delos, and also the founder of the International WELL Building Institute (IWBI), which administers the WELL Building Standard™. “There needs to be a holistic approach to today’s challenge—an approach that is rooted in science and that considers changes in behavior as well as upgrades in technology and third-party reviews.”

According to the survey data, one-quarter (25%) of Americans have no confidence at all that public spaces have the guidance needed to open safely. And roughly half (49%) are avoiding all nonessential public places, while one-quarter (24%) simply avoid going to any public spaces at all. Overall, about half of those surveyed believe the U.S. is getting less safe when it comes to COVID-19 safety, not more.

For now, Americans are largely comfortable with outdoor spaces such as parks, where 70% say they feel at least somewhat at ease. The picture can be quite different for other shared spaces, with many respondents indicating it would be at least six months before they expected to feel comfortable returning to stadiums (66%), gyms (59%), schools (54%), or college campuses (52%).

“From weather to venue type to timing, businesses and other organizations have many factors to address as they develop reopening strategies, improve the health safety of public spaces, and engage with the public,” Scialla said. “They also have many tools and tactics they can use as part of a comprehensive strategy. But gaining public confidence will require some degree of proof—and that’s where certification comes in.” 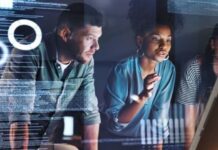 A Future That Puts Employees First