The SPZ Series from Barron Lighting Group, the parent company to Trace-Lite indoor and outdoor commercial and industrial lighting, is an air-circulating disinfectant light. This LED flat panel is suitable for maintaining a bright and sanitized environment in offices, corridors, classrooms, labs, restaurants, public spaces, and any other application that requires a purified air environment.

“At Barron Lighting Group we are committed to continuously providing our customers with innovative and solutions-focused lighting fixtures. Our new SPZ Series is a two-in-one package that not only provides illumination but also purifies the air, removing up to 99% of airborne contaminants,” said Heather McCune, Vice President, Sales Operations of Barron Lighting Group.

The SPZ’s air-circulation/return system has gone through testing in 3rd party labs and neutralizes up to 99% of viruses such as H1N1, enterovirus, and other mixed respiratory viruses after 20 minutes of operation. This disinfectant light has also been tested against a multitude of common bacteria and other airborne contaminants such as formaldehyde, common microbes, and drastically reduces TVOC (total concentration of volatile organic compounds) when operational over 24 hours. 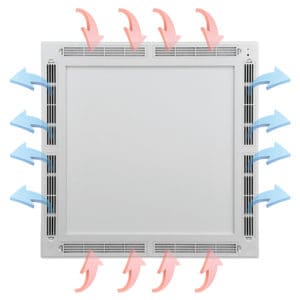 The SPZ Series delivers 24-hour protection against bacteria, viruses, and other airborne contaminants and pathogens even when the LED is not illuminated. This system uses photocatalytic oxidation purification; the enclosure and filters are embedded with titanium dioxide that when exposed to UVA light (a 3 watt UVA LED is located inside the air intake) reacts with airborne contaminants and pathogens to oxidize them, undergoing a chemical reaction transforming them into non-toxic substances. The SPZ Series also uses a silver nanocoating on the complete enclosure, lens, and filters; the silver ions go through a catalytic reaction with hydrogen sulfide ion in bacteria and inhibit its reproduction, creating superoxide free radicals and breaking down the bacteria. 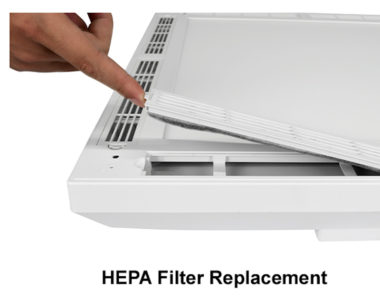 cUL Listed for Damp Locations, the SPZ Series is suitable for new constructions or retrofits and can be standard recessed mounted in most 2′ x 2′ grid ceilings, 9/16″ and 15/16″ grids. The disinfectant light weighs 16.8 pounds, has a UV-stabilized polycarbonate optical lens, ABS housing, and is equipped with an internal switch and remote control to independently operate the air return system and light. Operating temperature is -4°F to 104°F. 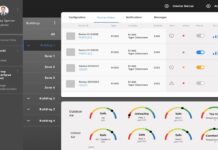 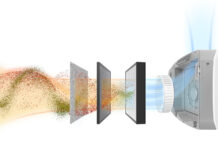