McCarthy Building Companies has completed the conversion of a decades old building complex into a state-of-the-art headquarters and manufacturing facility for the family-owned Elliott Equipment Company. 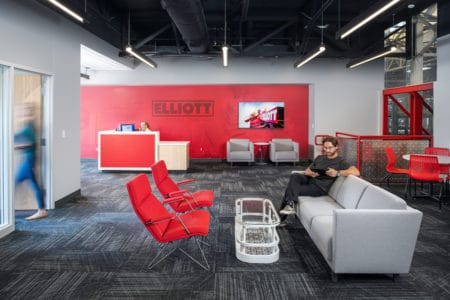 “McCarthy was excited to work on this project because of its unique challenges,” said Ryan Sawall, vice president, Central Region for McCarthy Building Companies in Omaha. “Although we could not have anticipated some of the unique construction and permitting issues we encountered, we maintained a close relationship with the Glazer brothers with regular weekly meetings and worked hard to resolve every issue, including suggesting some valuable cost-saving solutions. The result was a quality facility that everyone is proud of.” 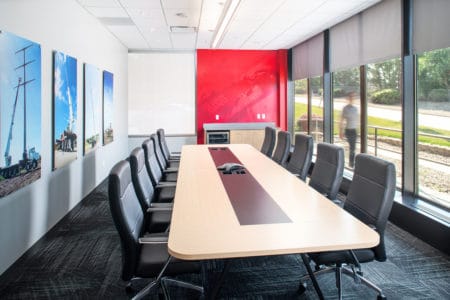 Founded in Omaha in 1948, Elliott Equipment Company specializes in designing and manufacturing telescoping aerial work platforms, cranes, and digger derricks. Elliott products are used by those in electrical and utilities construction, signage and lighting, public works, ports, mining, and more.

Although the project officially broke ground in December 2018, various design and city permitting challenges delayed the active start of construction work until late summer 2019. Construction wrapped up in April 2020.

“Throughout construction, regular communications with McCarthy were key to the project’s success,” said Jim Glazer, president and CEO of the company he founded with his brother John Glazer of Elliott Equipment. “In addition to being straightforward, McCarthy also was resourceful in providing cost-effective solutions, including an innovative solution to a mechanical system problem, which ended up saving significant costs.”

For McCarthy, which has had a local office in Omaha for nearly 20 years and is one of the largest builders in the U.S., the project was an opportunity to collaborate with a locally-owned company on a complicated project in a blighted area that would create more manufacturing job opportunities for Omaha workers. 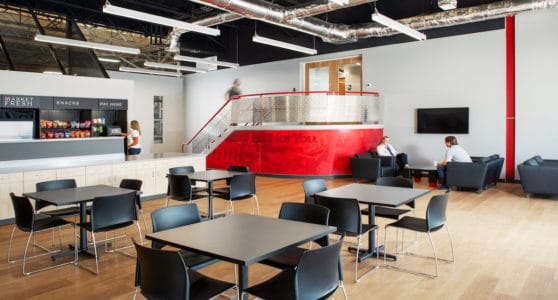 The new company headquarters proudly reflects Elliott’s brand image and supports the company’s plans to grow its business and create new jobs , including engineers, painters, welders, assembly workers, and others over the next several years.

FM Alert January 24, 2022
Property management companies that perform, offer, or claim to perform regulated renovations in pre-1978 housing or child-occupied facilities are required to obtain certification from the EPA and ensure renovations are performed by certified firms and employees.