A recent burglary attempt on a cannabis facility in Colorado failed thanks to the facility’s investment in Trident, Securitech’s premier multi-point lock. Armed with tools and a heavy-duty truck, the would-be burglars used their truck to ram the facility’s door several times to no avail. The attempt, caught on video, showed that the door was damaged, but the Trident lock stayed secured and in place, preventing any entry.

This attempt comes on the heels of news that burglaries of retail facilities, and specifically cannabis facilities, are on the rise. According to the National Retail Federation’s Survey on Organized Retail Crime, 75 percent of large and mid-sized retail companies said burglary and robbery activity had increased in the past year, up from 68 percent last year. A number of recent burglaries in cannabis retail facilities in particular have been recorded in California, Oregon, and Colorado. In the past year, more than 120 burglaries at dispensaries occurred in Portland, Oregon alone.

With many states legalizing marijuana, from New York to New Mexico, the security of dispensaries is quickly becoming a primary concern for the cannabis industry. Dispensaries are in a unique position. They not only possess high-value goods, but these goods are also highly flammable. Additionally, the safety and security of their employees and customers must be factored in, as well. This makes the need for code-compliant and time-proven security solutions even more vital. 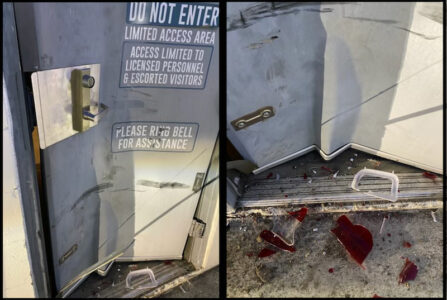 “The legal cannabis industry is expanding in the US,” said Securitech CEO Mark J. Berger, FDHI. “But as more dispensaries open, they become targets for burglars, who may see them as under-prepared for break-ins. And, simply put, standard commercial locks are just not strong enough to hold up to these kinds of attacks. Growth must come with knowledgeable security if these locations are going to ensure the safety of their occupants and reduce loss.”

To this end, Securitech has adapted its series of code-compliant, award-winning locking systems for the cannabis and retail industry. Made in the USA, Securitech locksets are the #1 high-security back door choice for retailers and cannabis facilities. For example, the Trident, with its self-locking multi-point deadbolt system, secures the door to the frame at five different points and is quickly becoming burglars’ greatest hurdle to entry. And new multi-point models designed for high-traffic entrances used by staff and the public alike, such as the AutoBolt MAX, offer maximum protection against break-ins yet can be operated with a simple low‐pressure movement to unlock.

With its nationwide network of dealers and local installers, Securitech is poised to provide the most robust door protection for the cannabis and retail industry, offering free consulting services to help owners and security professionals find the best solutions to security concerns. “This not the first time we’ve seen burglars stopped by Trident-protected doors; it’s because they can withstand the greatest assaults. We’ve received similar testimonies and videos, too,” said Mr. Berger. “In fact, many suppliers have told us they won’t bring inventory into a facility unless Securitech multi-point locks have been installed. We want our customers and the industry to know that even in the midst of rising burglaries, their assets and their people will remain safe and secure.” 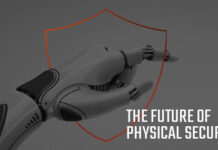 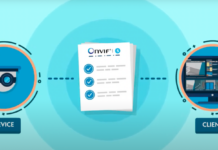 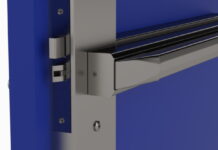