June 23, 2021 is the 8th annual International Women in Engineering Day. Administered by the UK-based Women’s Engineering Society (WES), INWED is an international awareness campaign which raises the profile of women in engineering and focuses attention on the career opportunities available to women and girls in this industry. Recognizing INWED as an event became international in 2017 due to the interest and enthusiasm developed by the international audience and participants in the previous years. This article contributed by the President and Principal Engineer of a Georgia-based engineering and consulting firm helps to recognize this day and the INWED mission.

Underrepresentation of Women in Engineering: Ways to Fix the Gap

Despite attention and resources being devoted to the recruitment and retention of women in engineering over the last 20 years, women are still vastly underrepresented in the engineering industry. In 2012 only 12% of engineers were women even though women comprised 47% of the overall workforce. There are a few factors that cause the gender disparity in engineering fields including lack of access, social issues within our society, and the lack of targeted programs for women. By providing the access needed to get women interested and involved in engineering we can grow our industry to new heights while also breaking down gender stereotypes of the past.

As engineers we must be cautious about over stressing gender differences in looking for explanations and remedies for the underrepresentation of women in the field. Women, like men, are not singular in nature. They choose to pursue or leave different fields of study or employment for a variety of reasons. There won’t ever be only one solution to increasing the participation of women in engineering fields but there are ways we can help better provide access to the industry for women.

Providing women access to engineering fields begins before they reach the classroom. Parents should be introducing their daughters to engineering and other STEM fields at an early age. A simple gift of a Lego or Erector set instead of another American Girl Doll can spark the creativity and interest of being an engineer for a lifetime.

Civil Engineer Aimee Jones said, she believes girls as young as five should be introduced to STEM fields. “Exposure is key to bringing women into the STEM fields and particularly engineering,” Jones said. “I know if I wasn’t exposed to it and encouraged to look into engineering fields I most likely wouldn’t have even thought of it as an option.”

Engineering firms need to allow women the opportunity to apply for positions and take on leadership roles once they become part of the firm. The only way women can continue to grow into their roles as engineers is by taking on the responsibilities of project leads and taking the reins as the leader of a team. If we provide women the opportunity they will rise to the occasion and in my experience often exceed expectations.

In 1983, an experiment named the Draw-a-Scientist Test was performed involving almost 5,000 boys and girls from Canadian elementary schools. The children were asked to draw a scientist. Only 28 children, all of them girls, drew a female scientist. Times have changed since 1983, and the number of women in STEM fields has grown and the access for women to join these fields has also grown. Even as women continue to make advances in the field of engineering it doesn’t mean we should slow down our efforts to bring more women into the industry. Many women have become successful in engineering and these women are breaking the stereotypes and showing other engineers that they can succeed no matter their gender.

Professors in engineering courses need to promote women in the classroom. As an Assistant Professor of Mechatronic Engineering at Kennesaw State University I often see the women in my classroom are better leaders when given the change and have better organization skills. We need to put women in charge of lab groups while they are in college so they can begin to learn leadership skills and how to work with often male dominated teams. By doing so we can teach these young engineers’ skills that they may not receive once they get onto a job site. Promoting confidence in women engineers early on will provide the industry with better engineers in the long run.

Breaking the stereotypes in engineering

Despite the interest in engineering among women, there are still a number of challenges contributing to the continued gender inequality. One barrier that is often pointed to is the lack of female role models in the field. The lack of role models often makes it difficult for future generations of female engineers to find mentors who they can see themselves in. This is a difficult area to resolve because the only way to increase female leadership in engineering and STEM fields is by encouraging more women to enter these areas.

One way to break stereotypes is by creating gender integrated teams when starting a project. By doing so the team is focused on as a whole rather than its individual members. Creating integrated teams helps engineering professionals, both men and women, in their own career by showing that everyone is equal. This way of creating teams at your engineering firm also improves the participation of women in the field.

As more and more women become interested in engineering, us as engineers, must be there to help build their confidence and show them that this is a field that is open to everyone. Hopefully as time goes by, we will continue to see the rise of women in the industry and more women owning their own firms. As women continue to rise to high engineering positions there will be more role models for young girls to look up to which will own invoke the interest in this field even more. 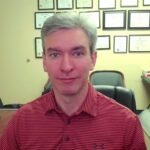 Pucylowski is the President and Principal Engineer at Phoenix Engineering and Consulting, Inc. in Woodstock, GA. He is also a part-time faculty member, teaching senior design in the Mechatronic Engineering department at Kennesaw State University.