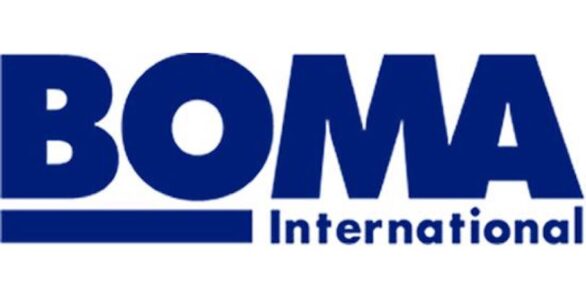 The Board of Governors of BOMA International elected the following individuals to the Executive Committee:

With more than 20 years of commercial real estate experience, Traci Devereaux is a senior vice president of management services for Holt Lunsford, where she leads a team responsible for a more than 15 million-square-foot portfolio of industrial buildings in the Dallas/Fort Worth area. Devereaux is the current vice president of the BOMA Southwest Region and the immediate past president of Texas BOMA. She is a former president of BOMA/Fort Worth, where she has been an active board member for nearly a decade. Her involvement at the local level also includes serving as chair of BOMA/Fort Worth’s Membership Committee and as a member of the Social Committee. From 2018 through 2020, Devereaux served as chair of BOMA International’s Government Affairs Committee and she is currently an active member of the Diversity, Equity & Inclusion Committee.

Greg Grainger is president of Younger Partners Property Services, a real estate boutique firm providing investment, leasing, and management services to investors and tenants of office, industrial, and retail properties in the north Texas region. In his more than 30 years of commercial real estate experience, Grainger has managed more than 50 million square feet. An active BOMA member at all levels, Grainger served as president of BOMA/Greater Dallas in 2009 and president of the BOMA Southwest Region in 2012. His passion for education called him to lead the BOMA/Greater Dallas Education Committee and chair the Board of Trustees for BOMI International, where his efforts have helped facilitate the BOMA/BOMI joint education initiative and the launch of the Certified Manager of Commercial Properties (CMCP) certification through the Commercial Real Estate Certification Institute (CRECI). In 2017, he was named a BOMA Fellow. This is his second term on BOMA International’s Executive Committee.

Kjersten Jaeb, a strategic planning manager with Wells Fargo, oversees multiple transformational programs for the company’s Corporate Properties Group. An active member of BOMA/Greater Minneapolis, Jaeb serves on the BOMA local association’s Government Affairs Committee and is a past chair of both the Membership Committee and Mentorship Committee. Her involvement with BOMA also has included serving as a TOBY Awards judge for the BOMA Midwest Northern Region in 2020 and for BOMA International in 2021. Jaeb has participated in several education sessions on emerging industry technologies during the BOMA International Conference & Expo in past years.

As president of PJMB Commercial, Inc., Manny Moreno oversees a 25-building portfolio of more than 560,000 square feet in the San Francisco Bay Area. Moreno has been an active member on the BOMA California Board of Directors for almost a decade and is a past president of the BOMA Pacific Southwest Region. He served a two-year term as president of BOMA/Oakland-East Bay from 2014 through 2015 and he remains involved in the local association’s Nominating Committee. In 2018, Moreno served as vice chair of BOMA International’s BOMAPAC Council and participated in the Daniel W. Chancey Leadership Academy. At the BOMA International level, he also has also been involved in a variety of initiatives, including the Standard Methods of Floor Measurement Committee, the Office Building Standard Revision Task Force, and most recently, the Diversity, Equity & Inclusion Committee. This is his second term on BOMA International’s Executive Committee.

Geoffrey Wardle has been practicing law for nearly 30 years, more than 20 of which he has spent working in the real estate sector. As partner of Clark Wardle LLP, in Boise, Idaho, he oversees a practice that represents clients on a range of commercial development and land use issues. Wardle is an active member of BOMA/Idaho, where he has served as president, chair of the Government Affairs Committee, and as a decades-long board member. He has also served as vice president and president of the BOMA Pacific Northwest Region. He is the current chair of BOMA International’s Government Affairs Committee and a member of the Industry Defense Fund Oversight Committee. His involvement has also included participating in the Daniel W. Chancey Leadership Academy, joining the most recent BOMA International Strategic Long-Term Planning Task Force and working on the development of several BOMA publications and resources. In 2018, he was named a BOMA Fellow.

Christine Alamed is a corporate account director for Network Distribution’s commercial real estate clients. Throughout her more than 20 years of experience working within the industry, Alamed has partnered with distributors and manufacturers to bring facility-enhancing solutions to customers. An active member of BOMA/Baltimore, Alamed currently serves as a member of the local association’s Community Service Committee and Programs Committee. Her contributions have also involved advising BOMA/Baltimore’s Associate/Allied Member Committee on planning programs. She has served in leadership roles for BOMA International’s National Associate Member (NAM) Council for three years, first as a co-chair and most recently as chair, during which she has provided valuable insights on how NAMs can partner with property professionals to enhance the commercial real estate industry.