Record setting heat, catastrophic wildfires, heavy downpours, longer droughts, and more frequent hurricanes: the headlines so far this year have provided relentless coverage of devastating weather throughout the United States. According to the National Oceanic and Atmospheric Administration (NOAA), as of mid-July 2021 a forty-year trend of increasingly destructive weather has continued, with eight natural disasters to date each causing losses exceeding $1 billion. For comparison, the annual average number of these events during the most recent five years has been just over 16. This year is on track to continue and possibly exceed that record of destruction.

While some may dispute the cause of this increasingly devastating weather, the numbers tell the irrefutable story: bad weather is taking an unprecedented toll, measured in both loss of life and economic devastation, throughout the U.S.

As this dangerous and costly weather pattern has intensified, there has been more and more discussion in the construction community about how to withstand not only these one-time devastating events, but also repeated lesser events which still take a toll on the built environment. Much of that discussion has centered around the concept of resilience, which has become a central focus of the climate crisis.

Initially there was some confusion about what was meant by “resilience.” Non-profit organizations, industry associations, academic and research institutions, code and standard setting organizations, Federal agencies, and state and local governments have all weighed in on the need for resilience, often reflecting their own area of responsibility. For instance, the Department of Homeland Security (DHS) defined resilience as the ability to withstand “acts of terrorism, cyber-attacks, pandemics, and catastrophic natural disasters” while others focused more specifically on cataclysmic weather events, and other organizations were devoted to preparing to withstand the impact of earthquakes, disaster, and return quickly to its previous functioning status.

The National Institute of Building Sciences (NIBS) has been a leader in showcasing the importance of resilience, and the savings to be achieved by incorporating resilience into the built environment. As early as 2005, NIBS found that investments in resilience could yield a 4:1 to 1. In a subsequent study released in 2018, and based on federal mitigation grants, NIBS researchers found that the return on investment could be as high at 6:1. Their influential report states that, “The effectiveness of a resilient infrastructure or enterprise depends upon its ability to anticipate, absorb, adapt to, and/or rapidly recover from a potentially disruptive event.”

As the discussion around resilience has matured, it has yielded important guidance for building owners and managers:

Hand in hand with the recognition that resilience is crucial, the conversation has expanded to discuss the importance of mitigation. As the incidence of cataclysmic events increased, there was an increasing awareness that repairing buildings in the wake of a storm or other destructive event was an expensive and ineffective approach, especially if the vulnerable building had been restored only to its prior standards. Additionally, preparing to withstand destruction made economic sense.

This change in approach was reflected in FEMA’s five-year strategic plan, issued in 2018. The plan pointed out that FEMA would pursue three dominant goals: Build a Culture of Preparedness; Ready the Nation for Catastrophic Disasters; and Reduce the Complexity of FEMA. Writing about the first goal, the FEMA plan said, “Resilience is the backbone of emergency management. The Nation’s ability to weather storms and disasters without experiencing loss significantly reduces our risk. The most successful way to achieve disaster resiliency is through preparedness, including mitigation.”

Also in 2018, then President Trump signed into law the Disaster Recovery Reform Act, or DRRA. The landmark legislation shifted the focus of Federal disaster funding from rescue and relief following cataclysmic weather events, to mitigation and resilience in anticipation of them. As part of that legislation, FEMA began work on the development and implementation of the Building Resilient Infrastructure and Communities (BRIC) program, which is now the dominant program to distribute funds authorized by the DRRA. As one of its first acts in office, the Biden Administration immediately increased funding for FEMA mitigation initiatives, doubling the available amount from $500 million to $1 billion. The pending infrastructure bill, at this writing still waiting final confirmation from Congress, will add another $1 billion to the BRIC program.

Fifteen years ago, resilience was a concept that merited discussion, and became part of the planning lexicon surrounding the built environment. Now, in 2021, driven by the sense of urgency created by increasingly frequent cataclysmic weather, resilience and mitigation have moved into the mainstream of Federal policy with related funding to help build stronger buildings and create stronger communities. For the building community, this is a wake-up call, and also very good news that building owners and managers can proactively protect their investments from catastrophic losses.

For a detailed review of the evolution of resilience as an essential component of the built environment, go to epdmroofs.org/resource/building-resilience-the-roofing-perspective. 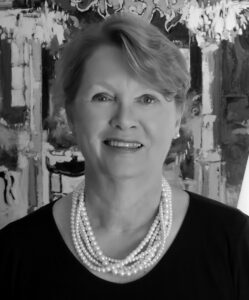 Hart is Communications Director of the EPDM Roofing Association (ERA), which represents the manufacturers of EPDM single-ply roofing products and their leading suppliers. Through ERA, the EPDM roofing industry provides technical and research support, offers dependable roofing solutions, and communicates the longstanding attributes, consistency, and value of EPDM roofing materials.