In its 2021 “State of Supplier Diversity” report, software maker Supplier.io surveyed nearly 200 professionals from more than a dozen industries responsible for supplier diversity programs and found the top three drivers of these programs were, in rank order — corporate social responsibility, alignment with corporate culture, and improving supply chain competitiveness. Facility managers, consultants, and vendors say diversity among qualified suppliers pays dividends for any company. That message doesn’t always make it from the corner office to front-line managers. Or the message arrives, but isn’t fully embraced.

For example, in 2019, Supplier.io’s diversity report surveyed minority-owned business leaders and found that although nearly 10% of the respondents employed 500 or more people, these business owners faced “difficulty in being discovered by bigger companies,” and perceptions that all minority- or woman-owned companies are small businesses. The 2019 report also notes another challenge for women- and minority-owned businesses: Getting the C-suite and individual departments to understand why supplier diversity is important.

According to Sherlanda Brooks, president and CEO of Diversity Sourcing Solutions, to be certified as a diverse business, an owner must be a U.S. citizen and the business must be 51% owned, managed, and controlled by the person seeking certification.

Karen Goldner is the managing director of established business programs for the Women’s Business Development Center. WBDC is a non-profit organization and partner of the Women’s Business Enterprise National Council (WBENC), which certifies women-owned businesses in the U.S. and advocates for women entrepreneurs.

“Supplier diversity is a way to bring suppliers into an organization who can be nimble, innovative and competitive,” says Goldner. “Many have the capability to do whatever the customer needs; they can add resiliency because a customer who hires them no longer has to depend on one service provider.”

According to Bruno Kolb, maintenance and facilities manager for defense contractor Northstar Aerospace Inc., his firm regularly works with minority-owned businesses including those run by veterans and/or Native Americans.

Kolb says, “They find a way to get the job done.”

Kolb’s company doesn’t have an employee directly overseeing supplier diversity, but he says referrals go a long way toward bringing a vendor (minority-owned or otherwise) to his attention. He places a premium on working with anyone who’s qualified and completes their projects in a remarkable way. Veteran-owned vendors aren’t the only firms he works with. For a painting project, Kolb received a referral for woman-owned Painters USA, which he recently used as a supplier.

As the President of Painters USA, Meg Cook leads a nationally certified woman-owned business with several hundred employees who provide industrial and commercial painting, cleaning, and coating services. Her nationwide team’s projects range from ones like the Midwest-based defense contractor to multi-state, multiyear contracts with GM and Monsanto.

Earlier this year, a crew from Painters USA used dry-ice blasting to clean the interior of a 50-foot tower that a nonprofit research organization relies on for flammability tests. The EPA- and USDA-approved dry-ice blasting process that Painters’ crews employ enables workers to remove soot from the tower without creating secondary waste or chemical residue, since dry ice turns into a vapor. For an upcoming project, Cook’s crews will use sponge blasting, a type of abrasive blasting with synthetic sponge, to prepare a project for painting. “We find creative ways to get the job done,” Cook remarks.

CEO Marsha Serlin founded United Scrap, a certified woman-owned scrap metal recycler, in 1978 and employs approximately 500 people. She says her company wins work and retains loyal customers because of her employees’ work ethic. In the wake of Hurricane Ida and massive flooding, a client called her crews in Philadelphia for help on a Friday evening. Serlin’s workers showed up the next morning to start. Impressed by the speed of response, the customer, a senior manager with a 35,000-employee company, emailed Serlin to say United Scrap’s crews “stand above the rest” of the vendors the firm employs in terms of their sense of urgency and approach.

Wherever a facility manager might want competition or innovation, that’s a chance to consider minority-owned businesses, adds Brooks.

Maureen Ehrenberg, CEO and Co-founder of Blue Skyre IBE — a global provider of facilities management solutions for corporate real estate users and investors, says hiring a diverse group of suppliers also strengthens an employer’s supply chain. Ehrenberg believes women- and minority-owned businesses bring distinct experiences and ways of solving problems that employers need. According to Ehrenberg, until recently, the trend in purchasing departments was to steer away from managing multiple vendors and consolidate for simplicity. But advances in technology now make it easier for procurement groups to work with and manage many vendors simultaneously without be overwhelmed by administrative chores, and this, she says, should open the door to an array of vendors and “opportunities to include more local businesses back into a company’s supply chain.”

Cook feels that regardless of a vendor’s ownership status or unique perspective, customers want a supplier who delivers a project on time, in a cost-effective way.

“We bid competitively and win contracts because we do the work well, not because a woman owns the company,” says Cook. “We simply want to be considered, and, when companies think about supplier diversity, they give minority-owned businesses a chance to compete.”

Goldner’s colleague Cynthia Johnson, Director of Established Business Services for WBDC, builds on Ehrenberg’s advice. According to Johnson, a facility manager with decades of experience may have a well-oiled and established network of vendors but not have a familiarity with many vendors beyond that network.

“When you choose to go beyond your personal network, you want a level of comfort,” adds Johnson. “Finding a vendor who’s certified with appropriate due diligence is critical.”

According to Goldner, WBDC’s certifications look at an applicant’s governance, management, and an array of operating and tax documents. The reviews can take up to 90 days to complete.

By having a diverse supplier base, Brooks believes facility executives increase their opportunity for innovation, better customer service and having an economic impact in the communities they operate.

Perry, managing partner of MARCH 24 Media LLC, has been writing about manufacturing, technology and utilities for nearly 30 years. He lives in Upstate New York and can be reached at bperry@march24media.com.

Click here for more news items and stories about the work of Facility Management. 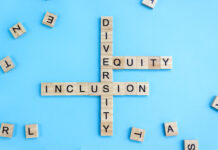