By Rhonda Ascierto
From the April 2022 Issue

While the widespread impacts of the Covid-19 pandemic persist, the data center industry headed into 2022 with a tailwind of substantial new investment and growth. But with expansion comes both opportunities and challenges, and the Uptime Institute Intelligence team has informed views on what this year might have in store. Uptime Institute Intelligence is dedicated to identifying and analyzing the trends, technologies, and changing business of the mission-critical digital infrastructure sector. Here’s a look at three key predictions for the digital infrastructure sector in 2022:

1. Moore’s Law resumes—but not for all. Sustained advances in chip technology over the past few decades, along with leaps in networking speeds, have helped the data center industry to grow. This has largely been through rapid gains in performance to meet increased demand for IT services, but also because of vastly improved power efficiencies. However, over the last several years the continuous improvements in chip processing speeds and efficiency have stalled as key suppliers—operating at the limits of physics—pushed their manufacturing capability to breaking point.

This meant that while aggregate computing performance per server kept rising, the rate of improvement in IT energy efficiency slowed down—with potentially negative effects on global data center footprint, energy use, and costs. This is likely to change from 2022 onward, with an upswing not only in performance but also efficiency.

However, there will not be a return to past dynamics where almost all applications benefited from newer chips. This is because current trends in compute technologies mostly (and increasingly only) favor highly consolidated infrastructure, including highly utilized servers (and dynamic consolidation approaches), as well as software applications that make use of new compute features.

Advanced chip technology will drive major gains in energy efficiency for data center operators of at-scale infrastructure (and cloud customers indirectly) the most, as well as the few cutting-edge organizations that invest heavily in highly sophisticated IT skills and new software development.

Organizations with the necessary technical skills to exploit new chip features (e.g., acceleration engines and new memory modes) will thrive when it comes to infrastructure performance and efficiency in 2022 and beyond. Those unable to capitalize on these improvements or achieve higher utilization through consolidating workloads will struggle to remain competitive.

2. Industry consensus on sustainability looks fragile. Pressed by a sense of urgency among scientists and the wider public, and by governments and investors who must fulfill promises made at COP (Conference of the Parties) summits, major businesses are facing ever more stringent sustainability reporting requirements. Big energy users, such as data centers, are in the firing line.

To date, most of the commitments on climate change made by the industry have been voluntary. This has allowed a certain laxity in the definitions, targets, and terminology used—and in the level of scrutiny applied. But these are all set to be tested—reporting requirements will increasingly become mandatory, either by law or because of commercial pressures. Failure to publish data or meet targets will carry penalties or have other negative consequences.

The European Union (EU) is the flag bearer in what is likely to be a wave of legislation spreading around the world. One example is its much-strengthened Energy Efficiency Directive, which will require much more granular and open reporting, with even smaller-sized data centers (around 300-400 kilowatt total load) likely to face public audits for energy efficiency.

Stricter environmental policies will force division among industry stakeholders. For operators in each part of the critical digital infrastructure sector, there may be some difficult decisions and trade-offs to make. Cloud companies, enterprises, and colocation companies all want to halt climate change, but each has its own perspective and interests to protect. Frustrations with requirements are likely, as are disagreements between the various parties operating in (and/or overseeing) the data center industry.

As major businesses feel a growing sense of urgency to dramatically cut carbon emissions, opinions are starting to shift in favor of nuclear power, which is not classed as clean, but is a near-zero carbon energy source. The digital infrastructure industry, a major global consumer of energy, has a role to play in rehabilitating nuclear.

Some data center operators are likely to publicly endorse nuclear as a carbon- neutral power source—for some, this is a significant policy change. The EU’s Carbon Neutral Data Centre Pact, an industry initiative, has publicly declared nuclear power acceptable in a zero-emission energy mix.

We also expect more data center operators to buy nuclear power, where available, as part of the mix in their PPAs (power purchase agreements), as a carbon-friendly alternative to 100% renewable energy (over the short term). Historically, most corporate PPAs and green financing mechanisms have been limited to renewable power (and excluded nuclear) to satisfy environmental concerns. The financial case for including nuclear power in a PPA contract is that there will be greater long-term price stability—compared with all-renewable PPAs, which can become increasingly oversubscribed, pushing up prices. This long-term trend of high and less stable prices also applies to energy certificates and carbon offsets.

We also expect growing interest in small modular reactors (between 10 and 100 megawatts). Some hyperscalers have reportedly expressed interest in funding new sites that can supply power directly to their facilities (but not located on-site). Some of these modular reactors will likely be small enough for large data center operators to fund through PPAs. 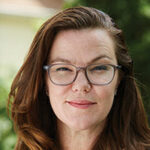 Ascierto is the vice president of research at Uptime Institute and a founding member of the Uptime Institute Intelligence practice. With two decades of experience in IT and business, she focuses on innovative and disruptive technologies in data centers and critical infrastructure, including those enabling the efficient use of resources. Uptime Institute is an unbiased advisory organization focused on improving the performance, efficiency, and reliability of business critical infrastructure. Its Tier Standard has been used in the design, construction, and operations of thousands of sites in more than 110 countries.

Do you have a comment? Share your thoughts in the Comments section below, or send an e-mail to the Editor at [email protected].

May 5, 2022
Facility Executive Tweets Sponsored By:
Tweets by facilityexec

Building Envelope & Exteriors May 15, 2022
ABM Parking Services can take your parking experience to the next level of memorable for your customers. See all the ways we work with you and your facility to drive revenue by delivering happier customers.

Workplace Culture May 9, 2022
National Safety Council calls on employers to address psychological safety for workers, offers a variety of resources and tools as guidance