Wesley Nader, Loyola University Chicago’s assistant athletics director for facilities, equipment services and game operations, has been named the Collegiate Event and Facility Management Association (CEFMA) Facility Manager of the Year. Nader will be presented with the award at the NACDA Convention in Las Vegas on June 26.

CEFMA’s annual Facility Manager of the Year Award recognizes an athletics administrator that has gone through extraordinary efforts working on and completing construction and maintenance projects on their campus.

“In a year that saw a great deal of transition across the landscape of collegiate athletics, I’m very pleased to be able to recognize Wesley Nader for all of the incredible work he’s exhibited at Loyola University Chicago in facility management,” said current CEFMA President and Deputy Commissioner at Conference USA, Keisha Dunlap. “The Board congratulates Wesley on this great achievement and would like to also share our respect and admiration for each of our nominees.”

In Nader’s current role, he oversees the day-to-day operations of Loyola’s athletics facilities in addition to the care and upkeep of equipment and all game operations coordination. Until October 2021, Nader was the only person in his department. He has overseen many large projects throughout the year, including the installation of bleacher chairbacks at Gentile Arena which required him to come in on university holidays/closure days to make sure work was completed.

Nader has also been actively preparing for a change to the Atlantic 10 Conference in making sure the facilities are up to conference standards and codes. These changes include the equipment for the facilities and scheduling/preparing for all practice and game courts to be sanded and repainted. While working through many large projects around the department and assisting in others, Nader also works on ordering equipment for all the facilities which include basketball hoops, volleyball nets, Daktronics displays, and more.

“Wes does an outstanding job for Loyola, not only in the athletics department, but also with our partners across campus,” said Loyola Director of Athletics Steve Watson. “He is a tireless worker whose work ethic sets a tremendous example for the student employees who are part of his team. We are so fortunate to have him on our team and the recognition he is receiving from CEFMA is well deserved.”

Prior to coming to Loyola, Nader was a graduate assistant in athletics facilities at Kent State University.

CEFMA is administered by the National Association of Collegiate Directors of Athletics (NACDA), which is in its 57th year. 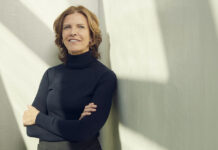 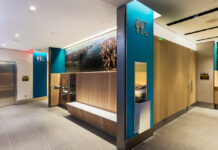 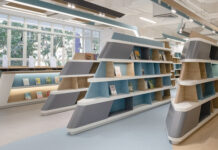