Jamestown, a real estate investment and management firm, announced the $500 million redevelopment of One Times Square — the site of the New Year’s Eve Ball Drop. The redevelopment, which was unveiled at an event with New York City Mayor Eric Adams, will modernize the historic, 118-year-old building as a 21st century visitor center for New York City.

The redevelopment, which will open much of the building’s interior to the public for the first time in decades, includes the creation of a viewing deck and museum experience. The viewing deck will provide a closer look at the New Year’s Eve Ball and an elevated view of Times Square. The museum will tell the story of the building, New Year’s Eve celebration, and its place in the history of Times Square.

Additionally, the redevelopment will include a next generation brand experience offering brands the added ability to connect with their customers in Times Square through immersive, technology-enabled activations. The interactive experiences will encompass 12 floors and include digital, virtual, and augmented reality integrations.

“Times Square is the magnet that brings so many people to New York City every year, and we need it to live up to its reputation as a global icon to help our economy recover,” said New York City Mayor Eric Adams. “This major project is yet another sign that we are moving in the right direction, towards the more prosperous, innovative, inclusive future New Yorkers deserve.”

The redevelopment also includes improvements to the Times Square Shuttle station, which when fully activated, will include a new stair entrance, canopy, and ADA accessible elevator.

Construction will allow the north-facing LED signs to continue broadcasting uninterrupted throughout the approximately 27-month construction period. The redeveloped building interior is projected to open to the public in summer 2024.

“Careful thought was planned around keeping the north facing LED signs lit and the Ball up for the entire redevelopment,” said Michael Phillips, President of Jamestown. “Advertisers will be able to continue to broadcast their messages to the crowds of Times Square throughout the construction period.”

In December 2021, Jamestown reintroduced VNYE as a complement to the in-person celebrations and as a destination in its own right. Additionally, the firm partnered with Digital Currency Group to bring One Times Square into the Decentraland metaverse, which is the leading decentralized virtual world. These virtual integrations helped increase engagement with New Year’s Eve celebrations in Times Square from 1 billion impressions in 2019 to approximately 2.4 billion impressions in 2022.

With a pedestrian count of more than 130 million in a typical year, and billions of earned impressions from film, TV, and social media, the property is one of the most visible and recognizable locations in the world, offering brands a global stage to engage with their audience. By virtue of its location and wide exposure, advertising space at One Times Square is highly coveted and among the most valuable signage in the world. 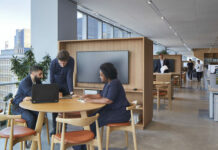 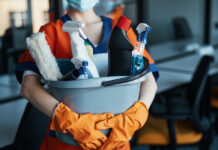 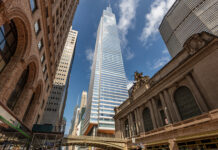