The Buffalo AKG Art Museum (formerly the Albright-Knox Art Gallery) will open May 25, 2023 to reveal its renewed and vastly expanded campus. Created by architect OMA in collaboration with Cooper Robertson, the refreshed museum will welcome its local community and visitors from around the world.

Created with input from communities throughout Western New York and the museum’s leadership, the expanded campus will stretch alongside the city’s Frederick Law Olmsted-designed Delaware Park. By adding three new points of entry positioned throughout the campus, the museum will advance its mission to make its facilities more accessible and engaging for all members of its community with an inclusive, interactive, and porous campus.

The Buffalo AKG will comprise more than 50,000 sq. ft. of prime exhibition space, five state-of-the-art studio classrooms, an interior community gathering space, and more than half an acre of new public green space situated above an underground parking garage. On the north side of the campus is the Jeffrey E. Gundlach Building—a work of signature architecture that adds more than 30,000 sq. ft. of space for the display of special exhibitions and the museum’s world-renowned collection of modern and contemporary art. Featuring a translucent glass curtain wall, the Gundlach Building furthers the museum’s mission of accessibility and initiates a dialogue with the surrounding community, inverting the traditional model of the art museum as an opaque facility and creating tremendous porosity between interior and exterior.

Galleries are located on all three floors of the Gundlach Building. Ranging from an intimate black box gallery on the ground floor, to the enclosed Sculpture Terrace on the second, to the expansive 7,530-sq.-ft. gallery on the third, the Gundlach Building offers artists and curators a broad range of highly flexible exhibition spaces to present contemporary and modern art of all scales and media.

Visitors can enter the Gundlach Building both from the ground level and from the subsurface parking garage. The staircase from the parking garage to the ground level will be adorned with Others Will Know, an innovative site-specific artwork by Swedish artist Miriam Bäckström. The immersive woven tapestry was designed using 3-D mapping and virtual reality technologies to create the illusion of depth, transparency, and three-dimensionality.

A masterpiece of neoclassical architecture, the Wilmers Building has received numerous updates and improvements, including a new roof, a thorough cleaning of its marble façade, red oak flooring, and the re- creation of the historic staircase that originally adorned the building’s west façade. Substantial improvements are also underway for the museum’s existing Seymour H. Knox Building, designed by Gordon Bunshaft and completed in 1962. The building’s original open-air and largely inaccessible interior courtyard has been covered with a site- specific artwork, Common Sky, by Olafur Eliasson and Sebastian Behmann of Studio Other Spaces. The sculpture is a canopy of glass and mirrors that transforms the space into the Town Square—the centerpiece of the museum’s community engagement and outreach activities. Free of admission charges, the Knox Building will also feature a 2,000-sq.-ft. gallery, five classroom studios each dedicated to a specific artistic medium, a 350-seat auditorium, and a new restaurant.

“The project was designed to connect art, nature, and people by providing new links of access and radical transparency, and we’re excited to see the campus come to life as it welcomes new activities and dialogues with global and local communities,” said Shohei Shigematsu, Partner, OMA New York.

To celebrate its public opening, the Buffalo AKG will present a major installation of its world-renowned collection of modern and contemporary art. Stretching through the entirety of the new campus, the installation will include approximately 400 artworks—dating from the second half of the eighteenth century through to today—presenting a loosely chronological examination of the evolution of Western modern art and international contemporary art over the last two centuries.

Encompassing painting, sculpture, photography, works on paper, and video and time-based media, the inaugural collection installation will underscore the power of the Buffalo AKG’s new campus to dynamically present a broad spectrum of modern and contemporary art.

“The vastly expanded museum will provide, for the first time in our history, enough space to celebrate the artists in our extraordinary modern collection while also honoring new works that speak to contemporary experiences,” said Cathleen Chaffee, Charles Balbach Chief Curator.

Support and Economic Impact of the New Buffalo AKG

The capital campaign to realize this project was catalyzed by the lead patron of the Buffalo AKG Art Museum financier Jeffrey Gundlach, who has given a total of $65 million to the capital campaign through a series of matching challenges. The challenges stipulated that support must be secured from both public and private sources. The result is a public-private partnership that exemplifies the unprecedented community support for this project. The $20 million commitment to the project from Governor Kathy Hochul and New York State fulfills the capital expansion budget of approximately $195 million. In addition, the museum has raised approximately $35 million in operating endowment funds. The capital campaign has been completed, and is the largest such campaign for a cultural institution in the history of Western New York.

“As one of the oldest public art institutions in the country, the Buffalo AKG Art Museum expansion is a transformative project that will provide a significant boost to Buffalo’s future,” said Governor Kathy Hochul. “This project will add new life and vitality to this historic and great institution, and is a continuation of the ongoing revitalization of Western New York.” 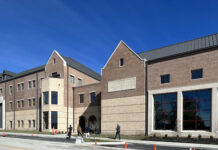 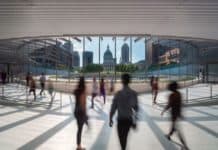 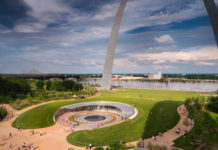