A groundbreaking idea to convert gas stations to electric charging stations. A self-sustaining micro city concept. A transit center designed for a future that includes rideshare by electric airplane.

What do these imaginative ideas all have in common?

They are the concepts that are vying for the American Institute of Steel Construction’s (AISC) 2023 Forge Prize and $10,000. The competition celebrates emerging architects who create visionary designs that embrace steel as the primary structural component, while exploring ways to increase project speed.

“The Forge Prize is particularly exciting because it gives the next generation of great design innovators a chance to dream big and imagine how steel can bring about a bright future,” said Alex Morales, AISC’s senior structural specialist leading the competition. “Based on these three finalists, it’s clear that the future of visionary design is in good hands. I can’t wait to see what their initial concepts turn into after they work with a steel fabricator to refine them!” 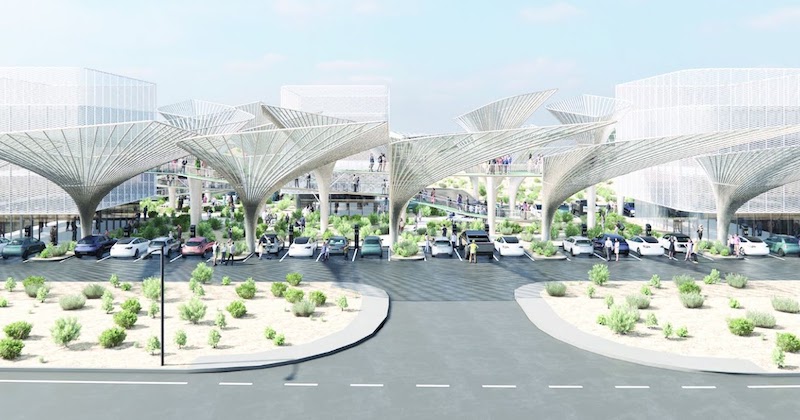 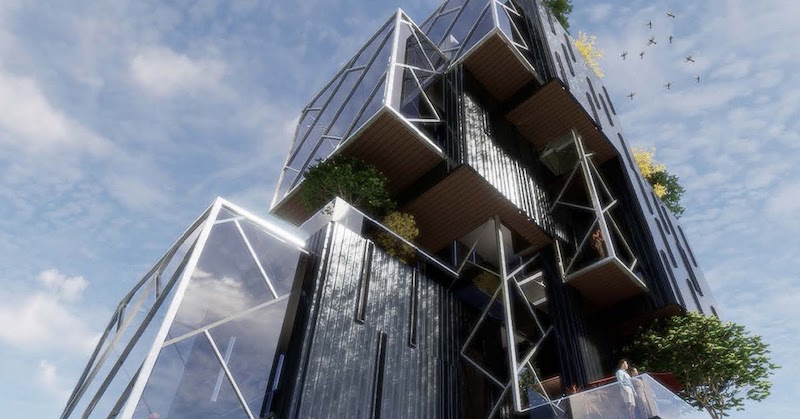 “Adaptive Micro Cities” envisions a self-sustaining, vertical micro city to revitalize a small island in an industrial zone in Portland, OR. The building has separate zones for the fundamental parts of everyday life — spaces in which to live, work, and play — brought to life with a series of modular boxes. Steel allows for a simple design with strong bolted connections for easy assembly and disassembly in a confined space. Masamichi Ikeda and Junior Carbajal (both of JRMA Architects Engineers) will work with Alpha Iron President and CEO James Buchanan in the second phase of the competition. 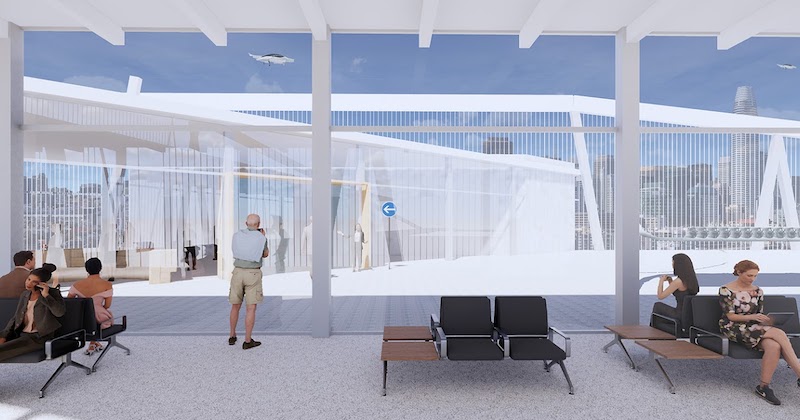 Envisioned for a site in San Francisco, the “Trans-connect” idea embraces the future of transportation with a multi-modal transit center for everything from high-speed trains to electric airplanes. The station features a skyport as well as terminals for bus and rail service, restaurants, and Airbnb spaces. Then Le of the Huntsman Architectural Group will partner with Zimkor President Casey Brown to further develop the technical aspects of the design.

These three finalists will each take home $5,000 from the first round. Then they’ll work with a steel fabricator before presenting their final concepts to the judges during a live YouTube event in late March. At stake: the $10,000 grand prize and an invitation to present before an audience at NASCC: The Steel Conference. The winner will be announced during a live streaming event in March.

Located in Frisco, the new theme park will be designed to be more intimate and engaging for younger visitors and sized for a regional audience. Read more…