Modern, efficient facilities can make a positive difference across a wide spectrum of scale. On a global level, they can play a critical role in minimizing the effects of climate change, as it’s estimated that the building sector is responsible for as much as 40% of global carbon emissions. On a more individualized scale, updated buildings make spaces more comfortable for occupants while cutting down on utility bills, with studies showing commercial and government buildings require $190B to power annually.

In a sustainability checklist, it’s clear why buildings are at the top. And now, federal, state and local governments are taking action.

In December 2022, the Biden Administration announced the first-ever Federal Building Performance Standard, wherein every federal government agency is required to eliminate on-site emissions in 30% of its building space by 2030; by 2045, all federal buildings are to achieve net zero emissions.

State and local governments are also driving change. Over the past several years, jurisdictions across the United States have passed their own Building Performance Standards (BPS) and set policies requiring building owners to improve their facilities in pursuit of aggressive performance targets. This includes Washington DC, New York City, Denver, St. Louis and Boston, with 30 additional cities expected to join them. While the specifics of each policy differ from city to city, most BPS are built around achieving net zero emissions by 2050.

It’s understandable that facility leaders may be overwhelmed by performance standards that must be balanced with ongoing competing priorities. But while these new mandates may be unexpected, taking the plunge to retrofit buildings for greater sustainability supports the business outcomes that make a difference. Upgraded buildings improve cost efficiency, foster positive public relations, streamline facility operations, enhance local economic vibrancy, and help sustain a safe and healthy environment for occupants. For example, New York City’s Building Performance Standards are projected to create a $20B retrofit market supported by more than 140,000 new jobs by 2030. These standards are driving tangible results for building owners, communities, and the planet.

States, counties, and cities that embrace Building Performance Standards will ultimately be setting themselves up for long-term success. Cherry Creek, CO is one example. When Colorado passed legislature in 2021 requiring a 20% reduction in greenhouse gas (GHG) emissions by 2030 for facilities over 50,000 feet, the leadership team at Cherry Creek School District wasn’t satisfied with simply meeting these guidelines, but wished to surpass them. They also recognized the role digitalization plays in accelerating progress on costs, reliability, runtime, and emissions reduction.

Through a $69M sustainability initiative, the district will upgrade lighting, water solutions, HVAC systems, and building controls within its facilities, as well as integrate connected technology to add AI-powered data insights into energy management. As a result, the district will achieve an anticipated annual GHG emissions reduction of 25% from its 2021 baseline, six years earlier than the state compliance date. In addition, the district will save $20M over the next 20 years, all while delivering an optimal learning environment for students and faculty. Through forward-thinking innovation and digitalization, the district is now more than prepared to exceed Building Performance Standards for years to come. 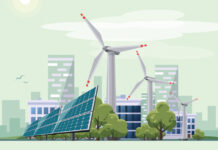 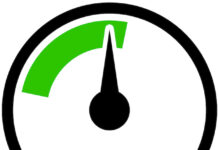 The Growth Of State and Local Energy Benchmarking Policies