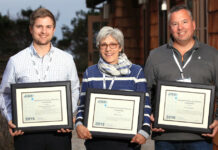 Energy Management & Lighting December 23, 2015
New energy efficiency standards issued for rooftop air conditioners and heat pumps represent the largest energy and pollution savings of any rule ever issued by the Department of Energy.

Economic Development October 22, 2015
Massachusetts edges out California as most energy-efficient state, Maryland among most improved, according to the State Energy Efficiency Scorecard from the American Council for an Energy-Efficient Economy (ACEEE).

Energy Management & Lighting May 4, 2015
The new energy legislation, which was passed at the end of April 2015, will have an impact on commercial buildings; it will also affect hvac systems and water heaters. 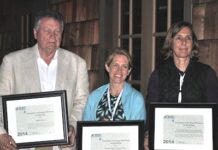 Energy Management & Lighting August 21, 2014
Selection criteria was based on each nominee's impact, innovation, and leadership in the energy efficiency field. 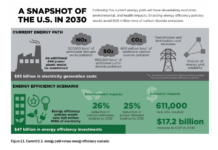 Energy Management & Lighting August 20, 2013
The Champion award began with the ACEEE Summer Study on Energy Efficiency in Buildings (held in even years) and was extended to the Industry Summer Study in 2005.

Energy Management & Lighting October 28, 2011
The American Council for an Energy-Efficient Economy has released the fifth edition of its State Energy Efficiency Scorecard.

Energy Management & Lighting October 13, 2010
States across the county have achieved major new strides in energy efficiency, according to the 2010 State Energy Efficiency Scorecard from the nonprofit and independent ACEEE.
123Page 3 of 3