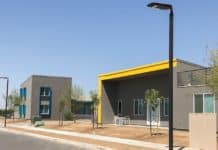 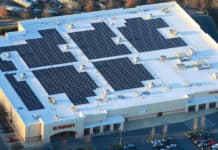 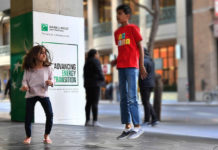 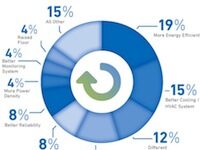 Data Center Interest In Renewable Energy On The Rise

Columnists September 22, 2014
This type of program has a significant part to play in the increased adoption of solar and wind energy sources.

Energy Management & Lighting August 29, 2013
Each Green-e© Certified REC represents the environmental attributes of energy generated from a renewable source, such as solar or wind.

Verizon Green Project Will Power 19 Company Facilities Across the Country

Energy Management & Lighting November 27, 2012
Contrary to his popular image as ruthless oil baron J.R. Ewing on TV’s Dallas, Hagman owned one of the biggest private solar energy systems in the United States and participated in several philanthropic solar projects, including the electrification of hospitals in earthquake-ravaged Haiti.

Energy Management & Lighting November 21, 2012
AT&T has enlisted the insight of its facility managers in its pursuit of increasing alternative energy use. In this article, the executive director of energy describes the company’s roadmap for alternative sources.

Construction & Retrofits March 23, 2012
In a new location, an Illinois based manufacturing company optimizes operations in more ways than one. 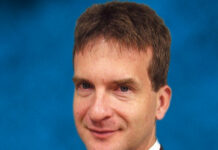 Columnists February 13, 2012
This technology reduces the energy other facility systems must expend for space heating.

Renewable Energy: Think About A Growing Part Of The Future

Columnists May 29, 2011
Bringing "greener" energy to a facility can be made easier with energy performance contracting, if the scenario works for the organization's specific situation.

Energy Management & Lighting February 2, 2011
With the Super Bowl shining a spotlight on the NFL, fans of another stripe are cheering sustainable developments at Philadelphia’s eight-year-old Lincoln Financial Field, which recently announced plans to go to net zero and generate power needs through onsite sustainable or renewable sources.

Energy Management & Lighting May 26, 2010
Energy conservation isn't necessarily something you'd associate with NASCAR. But environmental responsibility is one of the driving factors behind four-time NASCAR Cup Series champion Jeff Gordon's selection of a geothermal comfort system.

Energy Management & Lighting July 6, 2009
While over half of those surveyed were concerned about the danger of future nuclear energy plant meltdowns, nearly the same percent suggested that nuclear power plants will be safer in the future because of newer technologies making plants meltdown proof.
12Page 1 of 2

May 12, 2022
Facility Executive Tweets Sponsored By:
Tweets by facilityexec