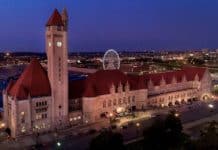 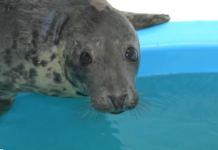 Construction & Retrofits May 24, 2018
At the ribbon-cutting of the Animal Care and Rescue Center in Baltimore City, animal ambassador, Joey the South American yellow-footed tortoise, helped officials cut a ribbon of zucchini and fabric. 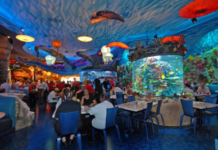 FRIDAY FUNNY: Fish For Everyone!

Facility Management March 21, 2014
Instead of being frightened by "Squawking pterosaurs, wooly mammoths, a massive undulating octopus, and life-sized animatronic dinosaurs—including a 15-foot-tall T. Rex," they had a close encounter of the aquatic kind when the restaurant's massive decorative fish tank sprung a leak, sending diners, employees, and tropical creatures into panic mode.