August 24, 2012
The national campaign focuses on providing prevention information and training materials on three major types of falls — those from roofs, ladders, and scaffolds.

November 1, 2011
A recent U.S. Bureau of Labor Statistics study found employment of SH&E practitioners is expected to increase by 9% the decade spanning from 2006 to 2016. 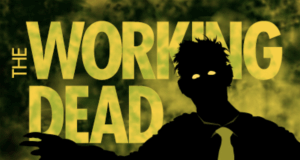 October 21, 2011
The free Halloween themed online game takes players through a variety of workplaces and risks to illustrate how to work safely and avoid becoming a zombie.

May 19, 2011
Hundreds of companies have taken the time to salute their safety professionals and teams highlighting their commitment to workplace safety for OSHP 2011 day.

April 28, 2011
Next week, ASSE celebrates NAOSH Week, which runs May 1-7, and Occupational Safety and Health Professional Day on May 4.

January 5, 2011
Today, occupational safety and health is a key component to a successful company’s business plan. The occupational safety, health and environmental (SH&E) profession continues to grow and was recently listed in the top half of a Top 50 Jobs in America list.

August 23, 2010
ASSE passes along its condolences to the families of the 4,340 people who lost their lives last year due to on-the-job injuries, according to a report just released by the BLS.

Go On A Safety "Mission" First Week Of May

April 21, 2010
Numerous groups will convene during NAOSH Week from May 2-8, 2010 and Occupational Safety and Health Professional (OSHP) Day on May 5 to raise awareness of the importance of being safe at work.

March 22, 2010
PTD (or safety through design) is defined as the integration of hazard analysis and risk assessment methods early in the design and engineering stages and taking the actions necessary so risks of injury or damage are prevented.
12Page 1 of 2