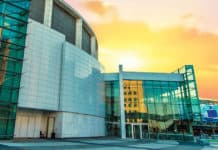 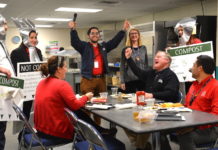 Environment December 2, 2019
At the New Orleans Ernest N. Morial Convention Center, members of the facilities staff joined colleagues to learn what can be composted from the facility's waste stream. 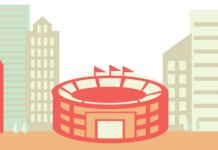 February 16, 2017
This document highlights the results that a number of facility management teams at convention centers, sports venues, performing arts centers, and other public assembly spaces have achieved through the use of LEED green building rating system. 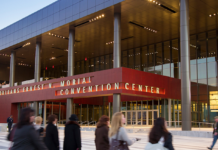 Construction & Retrofits August 9, 2016
A new condenser unit for the city's convention center was delivered from a nearby bridge, 30 feet above the facility's roof.

Professional Development: What The People Want

Columnists November 24, 2013
With the demand for wireless connectivity in large facilities, DAS technology is an option. From the October 2013 issue.

FRIDAY FUNNY: All Together Now!

Construction & Retrofits January 7, 2011
The Georgia World Congress Center has been awarded a $2.3 million grant for a major lighting retrofit and controls system upgrade.

Security October 26, 2010
At the ASIS 2010 security trade show this month, members of the night cleaning crew helped themselves.