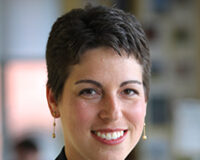 February 27, 2015
In an effort to streamline the purchasing path, nearly 20 large companies have signed onto the Corporate Renewable Energy Buyers’ Principles. 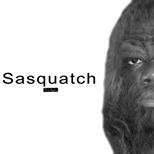 Friday Funny: What Does Social Media Say About You?

July 25, 2014
Your social media presence can help—OR harm—you in the eyes of potential employers.

THROWBACK THURSDAY: Businesses Not Harnessing The Power Of Social Networking

December 5, 2013
However, younger employees are taking advantage of these Web sites to communicate with co-workers.

FRIDAY FUNNY: Ditch The Denim—Dust Off The Tux?

January 4, 2013
Some employees are taking the concept of dressing up to the extreme, sporting top hats and their "Sunday best" on Fridays. For them, the idea is to break the monotony of flip flops and flannel; some West Coast companies also like to do it in order to surprise East Coast guests who may be visiting for a meeting.

July 13, 2012
From fad to standard operating procedure, social media can be a facility manager's "BFF."

June 7, 2011
With this event, professionals aim at raising the FM profession profile around the globe, promoting facilities management's ideals worldwide, not only within the profession and industry, but also among the governments and the general public.

May 18, 2011
The most recent results show a gradual increase from previous surveys in those who anticipate hiring additional FM staff in the next six months, with 24% reporting such plans.

January 5, 2010
The work is part of the Obama Administration’s continued commitment to improved accountability, transparency, and service to the American public.