August 3, 2017
With input from GSA, the U.S. Government Accountability Office (GAO) released a report on the status of the ailing J. Edgar Hoover Building in Washington, DC.

July 28, 2014
All GSA member schools will now have access to cutting-edge energy and water monitoring systems as well as other advanced analytics tools and conservation technologies provided by Noveda Technologies. 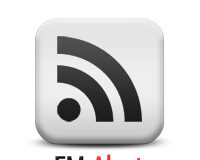 July 2, 2014
The U.S. General Services Administration (GSA) has designated BOMI International’s curriculum as aligning with the skills and competencies required to meet the standards identified in the Federal Buildings Personnel Training Act (FBPTA).

June 9, 2014
National Institute of Building Sciences makes free tool available to the public via the WBDG.

May 7, 2014
IFMA President and CEO Tony Keane explains, “With the passage of the Federal Building Personnel Training Act, the U.S. federal government acknowledged for the first time in code the critical role of facility management (FM)."

March 6, 2014
These are all critical investments in infrastructure that will create significant savings by preventing costly emergency repairs in the future and maintaining America's public buildings.

December 18, 2013
While ISSA supports strategic sourcing, it is opposed to implementing it in a manner that would have an unreasonably burdensome economic impact on the JanSan community and the private sector generally.

FM Alert January 24, 2022
Property management companies that perform, offer, or claim to perform regulated renovations in pre-1978 housing or child-occupied facilities are required to obtain certification from the EPA and ensure renovations are performed by certified firms and employees.